Here are a few of the things I keep around when I'm GMing to make sure my group remains alert and engaged when they've fallen foul of a random encounter: 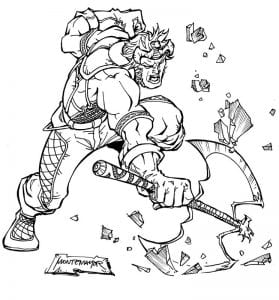 Whether the party is in a dungeon, on a mountainside, sailing the seas or resting in a wooded grove, if they're there, there's always the possibility that similar adventurers or explorers might be as well. Don't be afraid to challenge your group with some of the suggestions above if things seem to get dull.