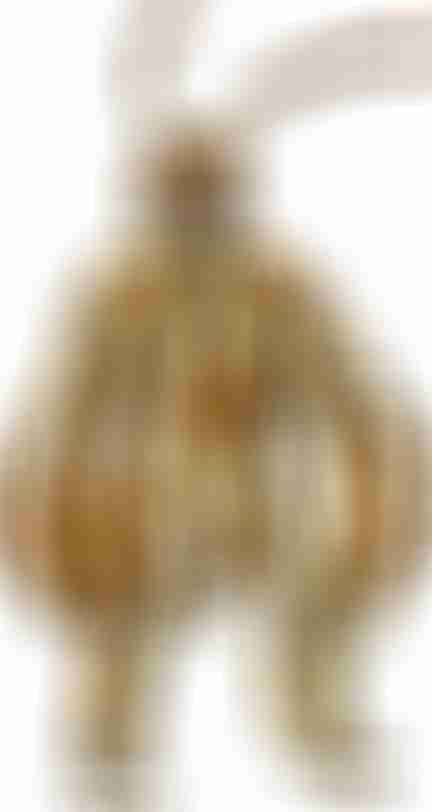 Besting Many-Handed Jakk
Several years ago, a lone hoyrall was spit out by a gyeongsa warp storm and left alone in the wilds of the Disputed Territories—not unlike the PCs. Ayaxan gypsies came upon the stranded creature, the first they’d ever encountered. Their elders conferred and agreed: Jakk was a sign of good luck for their tribe. Accepting him into their number unconditionally, he has become a person of import among the Ayaxans. Word has already spread out from the Disputed Territories, and a DC 17 Knowledge (geography) check is enough to know that to truly gain the aide of the Ayaxan gypsies, one must best their strange, head warrior: Many-Handed Jakk. 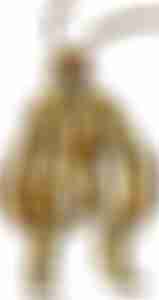 After the PCs are spit out by a gyeongsa warp storm into the Alimpulosa, after traveling 2d4+2  miles in any direction they come across a spot of land haunted by the curse of the Ayaxa followed 1d4 miles later, they chance upon a sand blast trap. Immediately afterward, a troupe of Ayaxan gypsies come across the adventurers, gift them an Ayaxan lamp  and are offered safe passage to their base camp. Once there, a night of revelry (including a foreboding telling of some of their ancestral tales, is followed early the next morning when Many-Handed Jakk challenges all of the PCs to tests of chance, combat, or skill.

To earn the trust of the Ayaxan gypsies, the party must best the hoyrall. This can be a test of spellcasting, a traditional duel, or a competition of talents (a series of five checks of any Skill does the trick; Jakk knows or can try them all). The bard calls out any talented melee warriors first, relishing the disbelief their defeat brings to their companions, but ultimately if any one of the PCs can beat Jakk, afterward the elders request the adventurer’s help.

TACTICS
Before Combat Jakk casts invisibility and moves, then follows up with a major image that makes it appear is if a sandstorm has overcome where he just stood.
During Combat Once his opponent has engaged the illusion, Jakk casts hold person. If the paralyzing spell takes effect, the hoyrall closes the distance and uses Arcane Strike to make his weapons into +2 daggers (melee +9/+3/-1/-1/-1^  |  ranged +11/+5/+1/+1/+1; 1d3+1).
Morale The hoyrall has found unexpected kinship with the Ayaxan gypsies and is mostly out to give them a fine show. He avoids killing those that take arms against him in contests, but if his fellows are attacked, Jakk fights to the very last, only opting to escape when reduced to 6 hit points or less.

SPECIAL ABILITIES
^Multi-Armed: When attacking with all his arms, Jakk takes a -6 penalty to AC, CMB, CMD, and Reflex saves until the beginning of his next turn as he focuses more on offense rather than defense.
Toxic Blood Twice per day, Many-Handed Jakk can envenom one of his weapons as a swift action. (Paralytic Venom: Injury; save Fort DC 17; frequency 1/round for 6 rounds; effect 1d2 Dex; cure 1 save.)

* ^ ` This is one of many options for this exciting new player race! To see them all, keep an eye out for the upcoming product, Underworld Races: Hoyrall!

After the party has successfully proven their worth to the tribe, their elders approach them with gifts: 2d4 randomly determined potions. Lately a strange malady has come over the land, a storm unlike any they have encountered yet; they have seen it traveling the lands of the K’naghi Tribesmen, and some of their eldest legends—mostly forgotten—foretell of such an event, and that calamity might arise from it. The shadow it casts on their history is dire indeed; though the elders try to hide their fear, a DC 16 Sense Motive check makes it clear that it is of great import to their peoples.

When the PCs accept this diplomatic mission, Many-Handed Jakk leads them toward the locus riders and after three days of travel across the barren Disputed Territories, they reach the K’naghi and face their next challenge: Banthadar [tomorrow’s post—see you there!].