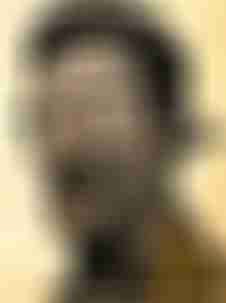 This unassuming wooden staff has one smoothly cut end while the other is worn from years of use into a blunt, rounded knob. Frayed old rope wraps around it near shoulder height, but otherwise there is nothing significant about the gnarled staff that would give away its power. Its balance is uncanny and it smoothly transfers from hand to hand, twirled effortlessly by even the least dextrous wielders.

When taking a total defense action and using this +1 quarterstaff, the wielder may deflect one attack per five points of base attack bonus (minimum one) every turn. While this ability is active (any time the wielder is taking a total defense action) a successful hit triggers the enchantment, forcing the attacker to make a Reflex save (DC 10 + 1/2 the wielder’s hit dice + wielder’s dexterity modifier) to negate the magic. On a failed save, the defender makes a free trip attempt that does not provoke any attacks of opportunity (or receive any from a successful trip attempt) or provoke any reciprocal trip attempts. Improved Trip, Greater Trip and other feats or abilities that grant a bonus to trip attempts do not grant any benefit to the wielder of Quazzi’s Quarterstaff when they are using the weapon’s enchantment.

The enchanted weapon enforces a sense of benign enlightenment on the wielder, generally moving their alignment toward Good. Once a week, the user of Quazzi’s Quarterstaff must make a Will save (DC 13); once they have accrued five failed saves, their alignment shifts one step towards (Chaotic, Neutral or Lawful) Good.

History    With a successful Knowledge (history) check, bits of lore relating to Quazzi’s Quarterstaff are revealed to the PCs; how much is determined by the following DCs:

DC 10     Legends tell of a hermit that wandered the disparate villages of the land, felling thugs and miscreants along the way and refusing to accept thanks afterward.

DC 15     His appearances seem to defy time; stories of the hermit’s arrival to settlements in the wilderness indicate that the mysterious wielder of Quazzi’s Quarterstaff must be hundreds if not thousands of years old.

DC 20     Across the centuries, countless men and women have used this enchanted weapon to the same effect; all gravitate toward defending the disenfranchised and downtrodden, seemingly without exception.

DC 25     Quazzi himself was a shrewd old wizard that disliked the animosity he often found in groups of adventurers he once dispatched to sort out the acquisition of components. He began gifting copies of this weapon to the most rambunctious and difficult of his charges and eventually, each become an exemplary member of society.