Although many of my players love playing a powerful PC, there is something to be said for the low level RPG adventure. How I came to love the low level adventure probably has roots in my trappings as a child while learning the d&d game. Those basic dnd red books or the keep on the borderlands module, very basic stats with a basic beginning, trying to explain from where your characters hail and then have then die at the hands of the enemy in the first adventure.  Time to roll up some new PCs!

Most of the time though I was a fair DM and would let the players make their own choices which would determine if they lived or died.  In most cases they lived and carried on to become powerful wizards and clerics, warlords and thieves causing social and political change in the world around them.  Don’t get me wrong, I LOVE the social and political intrigue, the complex plots and ever growing campaign, I live for that stuff!  At that point though, the point where the PCs become almost too powerful for their own good I always crave the simpler adventures, the times when the main quest was to find the goblin cave and bring back the leaders head to the village mayor.  There is something to be said about the classic low level adventure that I guess can only be nostalgia and a craving for simpler times.

When we were younger we would always use the TSR campaign settings like Forgotten Realms, Dark Sun, Dragonlance, and Ravenloft.  But, I preferred to write my own adventures and create my own unique locations for the PCs to explore.  The strange thing about our gaming was that most of the time we couldn’t form a gaming group that would last more than one session.  Thus we would play one on one games, just a player and myself as a DM.  I actually enjoyed those games quite a bit since I was able to focus on character growth with a single PC and let them do whatever they wanted without affecting the rest of the party in any ill mannered way.  We had some killer quests and there are many characters and adventures I will never ever forget.  Those were the days!  Every once in awhile though (like on someone’s birthday) we would get together for a massive AD&D 2nd edition game with about 6-8 players (well, it was massive for us when we were kids, OK!?)  The players would all come with brand new 1st level characters and we would play a “one-off” although back then we had no idea what “one-off” even meant.  Most often we would play “The Haunted Halls of Eveningstar” in the Forgotten Realms.  Man, I must have asked “are you sure you want to do that?” to one of our players a dozen times before he finally died covered in green slime while trying to run through one of the first rooms where the entire ceiling is covered in the stuff.  For some reason I remember that happening on more than one occasion so perhaps he never got the drift that even a shield wasn’t good protection against the stuff!  The players got to know that place well, although we would never make it more than a few hours into the place before the game had to be wrapped up and shut down.  I wonder if any of my old school players would be up for joining me for an old school dungeon romp to complete the Haunted Halls of Eveningstar from beginning to end?  It might take a weekend, but I’ve worked hard enough lately and thus deserve a break!  WHO’S WITH ME!? 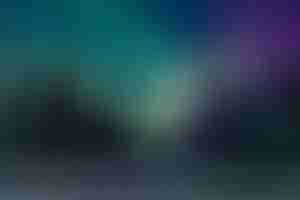 What was your first adventure?  Who did you play it with?  What happened?  Did you character live to fight another day or perish at the beak of an owl bear who was hiding in a side passage?  Tell me your tales!