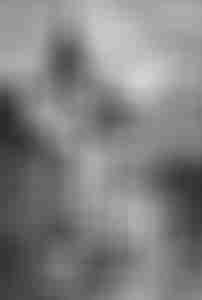 First thing in the morning, I wake up. Waking up is good, and not something you should take for granted—you never know when you won’t. I see my wife sleeping in the bed next to me, which is a small blessing. Her day won’t start for another hour, but I give her a nudge to let her know I’m just off to work.

I go to our bathing hall, it’s not grand, just a small room with a basin set into the ground. As I step into the chamber it conjures hot water from one of the city’s reservoirs. I make sure to scrub my hair—I have duty on the south side of the wall today. Not only is it law to wash before and after a shift, they’ll be issuing me a wand for spot cleaning. I certainly don’t want to catch any of the diseases that are so abundant in the outside world. Once I’m clean, I change into a simple shift. I’ll be given a proper uniform when I get to the station, so there’s no point in getting into anything complicated.

I’m never particularly hungry in the morning, but I don’t want to have to wait in line for lunch at one of the few safe places to eat. It’s rather amazing they’re not all dead, those travelers. Maybe they just get sick often. I have some bread and milk in the ice-chest. It’s a new invention—a box crafted from ice that never melts. Saves me time almost every day when I don’t have to go down to the market.

I don’t open the shutters. Looking outside at this hour of the morning you might see someone whose family didn’t wake up, and that would ruin my day, and then when the wife comes in for her breakfast she would probably see the same thing. Not that they wouldn’t have deserved it—if they didn’t wake up they must have been doing something wrong—but some of them are still my friends. I can open the shutters when I get home.

I arrive at the station a few minutes before my shift begins, so I don’t have to hurry to change. I work at a traveling house outpost. Packages are teleported here from across the country and we run them around town. At the end of every day we draw straws to see who will be delivering to the South side of the city—yesterday it was me. I have all the rotten luck.

I’m given my day’s uniform, which is a lot more elaborate than our normal uniform—they want to make sure I stand out when I’m out and about, and I want to make sure I‘m not rushed getting ready. As much as I hate crossing the wall I’m eligible for a bonus if I make the traveling house look good. The wife and I put in an application to have a child, and I’ve been told we’re going to get approval soon. I might have to volunteer for a few southside shifts and build up a nest egg. 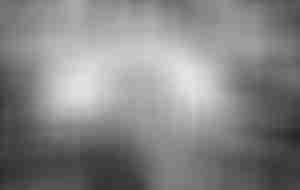 Like my uniform, they give me one of the good bags for deliveries—it’s only a few pounds but it can hold anything you can fit through the opening, and no need to fish around inside for it, either. Edith assures me it’s already been loaded, but there’s a case I’ll need to deliver, too. I pick up the bag and head outside to where the carts are. Like the bag, they give me one of the good carts for the deliveries, though I know that’s also because I’m here early. This one doesn’t even have wheels, There’s a little flight engine in the bottom that holds the whole thing a few inches off the ground, I just have to provide the pull.

Waiting for my gate pass is the second most dull part of my day—the worst is actually crossing the wall. The Order of the Staff keeps a firm control at the gates, making sure we are who we say, and that we didn’t pick up anything dangerous while we’re out. I heard, once, that a merchant tried to bring someone back through the wall with them. An outsider! They must have been crazy; who knows what outsiders are thinking, they’re dangerous and constantly warring with one another.

Eventually, I do get through the gate and onto the other side of the wall. It’s drearier out here, the walls are grey stone instead of white, the streets aren’t as straight or as clean, and the people especially are almost dim. Not even just in how dirty everyone is—I’d bet not one in five of them could cast a spell if they tried. It almost made you pity them. Most of my deliveries on the list are fairly mundane, but there’s nothing of priority today. I decide to get my case out of the way quickly so I don’t need to carry the cart around all day; I’ll deliver it, drop off my cart at a lockup, and finish the rest of my deliveries. I might even be home early at this rate.

The case, according to my list, contains depleted crystals. They’re usually broken up and used to do things like recharge wands, or craft nick-knacks for travelers. Apparently it’s quite a good business. I don’t recognize the man I’m delivering it to—a grim-faced, haggard blonde fellow with a poorly trimmed goatee. Still, he shows me his papers and everything looks in order, so I help him unload the cases into his workshop.

The rest of the day is much the same, after I drop off my cart. I move quickly, both to ensure my deliveries are prompt, but also to assure I don’t have to spend too long touching anyone or anything out here. There are all sorts of strange races and people in the harbor, and any one of them could be plotting against us or carrying some sort of dangerous disease. They always act friendly, but we’re reminded every time we cross the gate that it’s just to mask their jealousy. I can see it in their eyes— they look at my elaborate outfit, my pale, healthy skin, the magic I have at my fingertips, and they crave what I possess.

I deliver my last few packages not far after lunch, which I skipped, and get back in line to cross the wall. As I near the front of I hear shouting ahead of me, someone trying to smuggle some unapproved fruit through the wall. There’s a figh, and one of them lands at the ground near my feet. I wouldn’t have been able to tell it was dangerous by looking at it, but that’s why the Orders have to keep such a close eye on us. The outsiders are constantly trying to rob us of what is rightfully ours. I kick the tainted produce away.

Returning my cart, bag, and uniform at the station, I sign out for the day. The boss is nearby when I do, and he looks happy to see me back so soon. That’ll bear well on my next review. He even offers to teleport me home so I don’t have to walk the rest of the way, and while I don’t mind the walking I agree to let him. I step into the chamber, and instantly I’m standing in front of my house.

I open the shutters, tidy the dishes from breakfast, and check the sundial—which magically works even while inside, or flipped over. I would have nearly two hours until the wife gets home. I sit down and find a book to read. We only have a few, there was no need to go looking for too much reading material. The Order of the Staff provided a few tomes for every household. I settle on The Adventures of Tarrex, a series of short stories of a hero of Xio who wars endlessly against the undead on the northern border. Some of the stories are so incredible it’s hard to remember they’re all true.

The wife comes home, we kiss, and have dinner. She tells me of her day at the factory, where she oversees a handful of craftsmen who create parts for larger clockwork assemblies. I tell her of the strange and terrible things I saw on the other side of the wall. As the sun sets, the lights on the street automatically flare to life. There’s an optional reading at the school down the street and we decide to go; our application to have a child is going well, but it isn’t approved yet. We want to attend everything we can, even if it means we don’t have as much free time.

Tonight the reading is on abjuration, teaching a simple spell that we can work into our clothes to keep the dirt from sticking. It’d be especially handy for us with a child, as even the best child has a tendency to get dirty. I go to shake the speaker’s hand afterward, telling him that I’m going to put the spell to good use. He looks happy to hear, and gets my name so he can come by next week and make sure I’m not having any trouble with it.

My wife and I go to sleep not long after getting home, after trying the spell out on some of our clothes. It’s a little harder than the speaker made it look, but his talents were one of the reasons he was in the Order of the Staff and I was just a delivery man.

Tomorrow should be another good day.