Weather
Winters on the Klavekian Grasslands last seven to nine months, but temperatures vary beteen −40°F to 96°F throughout the year. The summers are short but sometimes even hot, with plant life exploding as if to make up for a whole year in but a few weeks. Winds are fierce on the grassy plains in the Klavekian lowlands, with gusts often blowing upwards of 25–55 mph.

During the spring, the permafrost the Klavekian Grasslands sits upon thaws just enough to let plants grow and reproduce, though the ground below it stays frozen, so the water can’t sink low, and instead forms streams, lakes and marshes found during the snowless months.

Rivers of the Klavekian Grassland flow over the same permafrost, so they erode their banks rather than the bottoms, drying out after the end the of the thawing period and leaving few traces behind them until next spring. They usually consist of countless channels and can be difficult to cross.

Most of the permanent rivers freeze to the bottom in some places, and in some cases water breaks the ice and then freezes on top of it—these ice plugs, called naled in the region, often don’t melt until the next autumn. If this happens on the important Serpent Tail River, which connects the Klavekian mainlands to the Serpent Lake, it’s a major obstacle for trade, so the government sends spellcasters to remove them with magical fire. Travel is not easy in these times of the year, and sometimes there are casualties in spite of these magical efforts. Locals want the magicians to be permanently located near their villages, or at least for the duration of winter, but their protests have fallen on deaf ears.

Flora
As soon as the snow melts the “Klavekian Pervenets” (“The Firstborn”) grows up thickly around the rivers and lakes, announcing the start of the growing season after the winter is gone. Its juice has a sweet taste, but leaves blisters and sores on the skin that ache for months and has a 50% chance of lowering a creature’s Dexterity score by one point until magically healed with a restoration. The people of the Three Sisters extract a form of sweet sugar out of it, and also distill wine that produces wonderful dreams after just one or two glasses. The dreams can carry portents sometimes; there is a 5% chance per glass drunk (up to a maximum of 15%), that the drinker can use augury as a spell-like ability (CL 3rd) immediately after waking up. Regardless, the next morning the drinker feels miserable and is nauseated for three hours per glass imbibed (no save). Strangely, the juice and wine distilled out of Klavekian Pervenets loses its potency after only three days, so transporting it to larger markets is a huge challenge.

Even better known in Klavek is the plant that appears shortly after the Firstborn, but keeps growing in huge patches until late autumn—Talgana. This truly giant herb reaches up to 11½ feet in height, a remarkable example of the famously tall forms of Klavek flora. In autumn, the stems can hide a wooly rhino easily, and inside the thickets the sun and skies are hidden by broad leaves that bears through to create sorts of tunnels. Talgana leaves are soft and its stems are easy to move apart with hands or a stick, and its young sprouts are edible, so much so that for large omnivorous mammals (mostly more ursine) they are a remedy against hunger in the early summer when there are neither berries nor fish to eat. During the winter, with snow on their umbels, these giant plants look like exotic trees, and numerous stories for children link them to fairies (though sages have yet to prove any connection). Upstanding Talgana continue to persist until the full burden of the winter arrives, causing them to collapse under the weight of excessive snow. 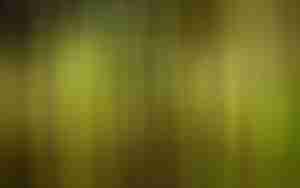 Aside from these endemic plants, the Klavekian Grasslands support numerous other species of rare flora, particularly grasses, herbs, and shrubs. These shrublands are difficult to cross, rife with bugs and other insects in summer, but they are a much better place than the neighboring regions for surviving the winter (making them popular sources of shelter for wildlife).

Fauna
One of the world’s largest herds of moose breeds in the Klavekian Grasslands and there are three kinds of elk living here, from the smaller normal elks up to the river elk and then onto the megaloceras, but all in all the region is known for its megafauna. Vast herds travel the flatland, most of them following the seasons by going north in spring and south in autumn. They are followed by predators like smilodons or ice trolls in most cases, but there are exceptions to the hunting techniques used by these creatures.

One of the greatest predators in the Klavekian Grasslands is the addanc, which lives like a beaver and builds dams; when prey tries to cross the water in its territory, it attacks like a crocodile. The various oozes of the region, most notably the grey ooze, the glacial ooze, and the white pudding, also tend to be lurking hunters. However, the king of the region is the one-eyed frostwurm, which even attacks herds of mammoth—the massive beast radiates cold, is 35 feet long, and weighs 8,000 pounds.

Other strange hunters include flightless Ahlinni-birds or hunting parties of Mimi. The sole fairy of the Klavekian Grasslands, they keep villages in the nearby forests but roam the plains for prey. The fogwarden, aberrations that look like fog taking a humanoid form, wander the mists of the region and the sight of their ice blue eyes has doomed more than one adventurer who thought themselves predator, not prey. 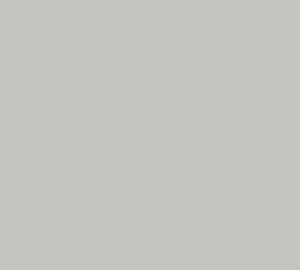 Place of interest
One of the few permanent lakes in the Klavekian Grassland is Lake Voltaran, an enormous flooded volcanic caldera where more than a million salmon gather and spawn every year. The water is warm and doesn’t freeze in winter due to volcanic activity—or a quasi-dormant gate to the Elemental Plane of Fire, depending on what sage you are listening to. The huge body of water is a lifesaver for many species in the dead of winter, be they prey or predator, but it is also a hunting ground for very dangerous monsters; travelers are wise to avoid it if their lives don’t depend on its warmth.