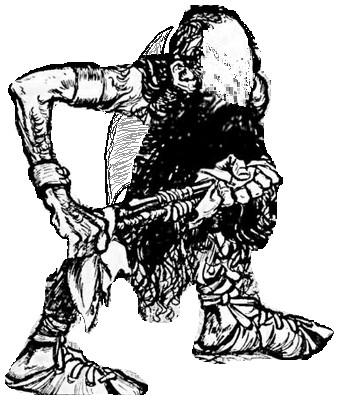 Ipalolo devils serve directly under dukes or counts of hell, largely so that they may sow distrust among the lesser creatures of the planes. These creatures love the feeling that washes over them when they’ve successfully convinced comrades to fight each other to win what they want most from life, regardless of what that might be. Ipalolo devils are solitary creature enjoying silence most in life (aside from initiated squabbles). It is not known if the smooth bone over the ipalolo devil's face is its own, or a mask the creatures like to wear.