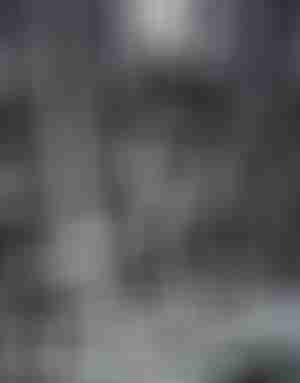 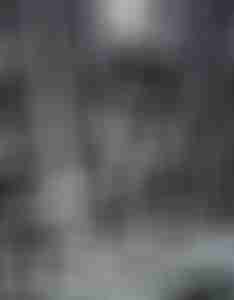 Effect When the haunt manifests, a wizard in tattered robes springs from the ground. He waves a baton as if directing a symphony; he points to to the ground a group of demons appear. These demons sing to music that appears from out of nowhere. The melody and the deep baritones of the demons are not for human ears and the high-pitched shrieking of quasits do not make it anymore delightful (quite the opposite). The deep bass voice of the glabrezu lead singer (that wears a sparkling purple tuxedo) is the only thing barely tolerable. Everyone in the haunt’s area takes 2d8 sonic damage from the cacophony of off-key notes and the generally horrifying nature of demonic singing. Furthermore each round the haunt is active everyone in its area takes 3d6 bleed damage as their ears, nose, and eyes start to bleed from the unnatural assault on the senses. Fortitude DC 19 negates the bleed damage (deaf creatures are immune to the bleed damage). The haunt can manifest at different places across the land independently of Perry’s grave’s location. The only clue the haunt leaves behind is a glimmering business card with the text:

The card disappears at first sunlight after a performance.

Destruction Summoning a celestial choir to perform the ballad of the Nearsighted Gnome on Perry Gwibbles’ grave destroys the haunt; hopefully celestials don’t find it beneath themselves to perform the lewd and rude drinking song. The Nearsighted Gnome was, according to Perry Gwibbles, the lowest form of entertainment that ever existed across the planes.

Adventure Hook Perry Gwibbles was a promising young wizard studying enchantments at the esteemed Academy of Magical Studies in Owlsburg. A member of the academy’s renowned choir, it was said he would become the choir’s next lead singer. One day Perry was working in an academy laboratory on a potion that would enhance one’s vocal abilities. As he added the final ingredient, it reacted explosively to the other components of the concoction. The explosion threw Perry across the room and as the smoke cleared he opened his mouth to scream for help, but only a feeble croak emerged from his lips.

A professor helped Perry over to the infirmary and all the way the afflicting mage was croaking like a frog. After days of tests Perry was given the bad news—his condition was not reversible. He would have screamed but instead he croaked much to the amusement of the people assembled around him. Perry abandoned his enchantment studies and instead started to study conjuration, but only three months after his accident, he was killed in a summoning accident (a hezrou misinterpreted his croaking greeting as an insult and ate him in front of his stunned fellows.) Perry’s remains were buried outside the city on a hill overlooking his beloved academy, but the mage’s will to succeed at singing was strong, and he is bound to his grave, doomed to perform with a passionate albeit untalented choir.