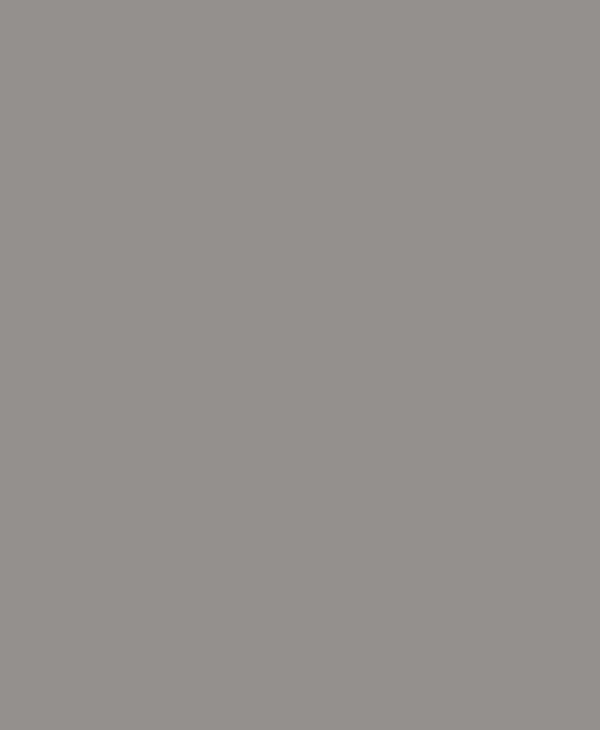 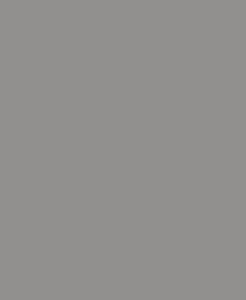 Either while exploring the Dar’Spelun Slugmarsh or following the voice in the mist, the party is ambushed by ghosts at an opportune moment.

As you move through the mist, it seems to be unaffected by any air currents, tendrils and wisps of it rolling across the swampy ground only to change direction from one moment to the next. The mist is so thick that the cavern ceiling cannot be seen; only the sound of your boots sinking into the ground breaks the monotony of this dreary place. Several times you’ve seen what resembled faces in the fog at the periphery of your vision, but just as you turned towards them, the misty tendrils break up whatever shapes you would have sworn you’d just seen.

This incorporeal man is clad in ancient robes, and his facial features are twisted in a snarl of rage.

Dunkelgeist the Dread Spectre     CR 8
XP 4,800
LE Medium advanced undead, (incorporeal)
Init +9; Senses darkvision 60 ft.; Perception +17
Aura unnatural aura (30 ft.)
DEFENSE
AC 21, touch 19, flat-footed 16 (+4 deflection, +5 Dex, +2 natural)
hp 68 (8d8+32)
Fort +6, Ref +7, Will +11
Defensive Abilities incorporeal, channel resistance +2
Weaknesses resurrection vulnerability, sunlight powerlessness
OFFENSE
Speed fly 80 ft. (perfect)
Melee incorporeal touch +10 (1d8 plus energy drain)
Special Attacks create spawn, energy drain (2 levels, Fort DC 18)
TACTICS
Before Combat Dunkelgeist uses his incorporeal form to stealthily approach prey within the mists of the Shroudstone.
During Combat He uses his superior speed to pounce on weaker party members (such as wizards and rogues) hoping to create spawns fast to help bring down more powerful enemies.
Morale When Dunkelgeist attacks, he does so to fell his enemies. He only flees when reduced to 6 hit points or less.
STATISTICS
Str —, Dex 20, Con —, Int 18, Wis 20, Cha 19
Base Atk +6; CMB +6; CMD 25
Feats Blind-Fight, Improved Initiative, Skill Focus (Perception), Weapon Focus (touch)
Skills Fly +13, Intimidate +15, Knowledge (history) +12, Knowledge (religion) +15, Perception +19, Stealth +16, Survival +13
Languages Common
SPECIAL ABILITIES
Create Spawn (Su) Any humanoids slain by Dunkelgeist become spectres themselves in 1d4 rounds. Spawn so created are less powerful than Dunkelgeist, and suffer a –2 penalty on all d20 rolls and checks, receive –2 hp per HD, and only drain one level on a touch. Spawn are under the command of Dunkelgeist and remain enslaved until his death, at which point they lose their spawn penalties and become full-fledged and free-willed spectres. They do not possess any of the abilities they had in life.
Resurrection Vulnerability (Su) A raise dead or similar spell cast on Dunkelgeist destroys him (Will negates). Using the spell in this way does not require a material component.
Sunlight Powerlessness (Ex) Dunkelgeist is powerless in natural sunlight (not merely a daylight spell) and flee from it. If Dunkelgeist is caught in sunlight, he cannot attack and is staggered.
Unnatural Aura (Su) Animals, whether wild or domesticated, can sense the unnatural presence of Dunkelgeist at a distance of 30 feet. They do not willingly approach nearer than that and panic if forced to do so unless a master succeeds at a DC 25 Handle Animal, Ride, or wild empathy check. A panicked animal remains so as long as it is within 30 feet of Dunkelgeist.

BACKGROUND
Dunkelgeist’s real name has been forgotten by anyone but himself and he does not share it. Once a cleric that studied the human mind, he developed a particular interest in those consumed by madness. Dunkelgeist traveled far and wide seeking even the vaguest leads to cure maladies of the mind, and truly believed there to be a panacea to that effect. Eventually his travels lead him to the Dar’Spelun Slugmarsh, where the vaporous veil was said to hide ancient secrets. No one knows what Dunkelgeist found deep in the veil but when he returned, the eager cleric searching for a cure was no more; he was ironically much closer to understanding the secrets of an insane mind. Over the centuries Dunkelgeist slipped further into the madness he had tried to cure and while this happened, he continued his research, looking for a way to cure all forms of madness. To a degree he has been successful—he has halted his own deranged descent, albeit too late. Dunkelgeist is now a more powerful spectre than most of his kind, but the cure to end all madness and diseases of the mind eludes him. He bids his time and hopes that the nearby haunt will lure more test subjects into his hands. 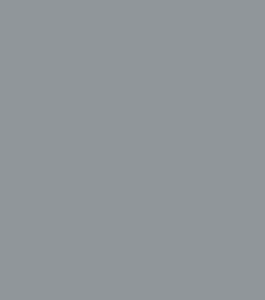 Out from the mists, a spectral figure silently glides, his incorporeal shape is clad in spectral clothes of a nobleman

Count Nirl deWain     CR 7
XP 3,200
Male human ghost aristocrat 7
CE Medium undead (augmented humanoid, incorporeal)
Init +5; Senses darkvision 60 ft.; Perception +17
DEFENSE
AC 17, touch 17, flat-footed 15 (+1 Dex, +1 dodge, +5 deflection)
hp 70 (7d8+35)
Fort +7, Ref +3, Will +5;
Defensive Abilities channel resistance +4, incorporeal, rejuvenation; Immune undead traits
OFFENSE
Speed fly 30 ft. (perfect)
Melee corrupting touch +5 (7d6, Fort. DC 18 half) or draining touch +5 (1d4 stat drain, heal 5 hp to self)
TACTICS
Before Combat The ghost sinks beneath the ground and rises up from below his opponents, catching them by surprise.
During Combat Count deWain concentrates on the biggest and most powerful looking enemy, using a mix of his different touch attacks and trusting his incorporeality to protect him.
Morale When he is destroyed, it is with the knowledge that he will return.
STATISTICS
Str —, Dex 12, Con —, Int 10, Wis 11, Cha 20
Base Atk +3; CMB +3; CMD 21
Feats Dodge, Improved Initiative
Skills Fly +11, Knowledge (history) +8, Knowledge (nobility) +8, Perception +17, Stealth +17; Racial Modifiers +8 Perception, +8 Stealth
Languages Common
SPECIAL ABILITIES
Rejuvenation (Su) Count Nirl deWain’s spirit reforms 2d4 days after being destroyed, unless the condition that prevents him from resting in peace is set right. In deWain’s case that would mean killing his wife, and giving him the sweet vengeance he so yearns for. The killing of the countess is an impossible task, given the centuries deWain has spent down in the vaporous veil, his wife died centuries ago without leaving an heir and thereby denying count deWain his peaceful rest forever. The count does not remember his wife’s exact looks, so smart adventurers could trick him into believing that his wife stands before him with the use of magic or a cleverly applied disguise.

BACKGROUND
Count deWain was once a benign ruler, living in a castle on the surface. Unfortunately his wife was not happy in the arranged marriage—she saw deWain as a weak ruler, listening to the peasants and lowering taxes in years of famine. The countess was also a talented court schemer—she started poisoning the count, adding a little tethane root to his meals each day, a reagent known for its hallucinogenic effect. The poisoning made him act erratically and one fateful evening the screaming count was carried from his room by his own guards and dumped in a known entrance to the Underworld. The countess stood by sobbing as he was removed from the castle; no one suspected her hand in the count’s madness, or that it was her direct order that left him to die in the subterranean caverns.
Count deWain did not die on that night, and instead stumbled deeper into the Underworld, eventually entering the vaporous veil. Pure luck had seen the mad count so far, but in the veil his luck ran out and his body and mind finally gave up. When Dunkelgeist found him, there was nothing left to do apart from waiting to see what would rise from the body (if anything at all). A week later the count returned to the Material Plane as a raging ghost. Count deWain was swayed by Dunkelgeist’s words and has been a trusted ally of the spectre since that day. The countess went on to rule deWain’s holdings with an iron fist for many years, before she peacefully died in her bed without anyone realizing the truth of the count’s madness.

Orderly     CR 5
XP 1,600
LE Medium undead (incorporeal)
Init +7; Senses darkvision 60 ft., lifesense; Perception +10
Auraunnatural aura (30 ft.)
DEFENSE
AC 18, touch 18, flat-footed 14 (+5 deflection, +3 Dex)
hp 47 (5d8+25)
Fort +6, Ref +4, Will +6
Defensive Abilities channel resistance +2, incorporeal; Immune undead traits
Weaknesses sunlight powerlessness
OFFENSE
Speed fly 60 ft. (good)
Melee incorporeal touch +6 (1d6 negative energy plus 1d6 Con drain)
Special Attack create spawn
TACTICS
Before Combat Beneath their tormentor’s notice, the orderly doesn’t respond to enemies for 1d4+1 rounds.
During Combat The orderly supports count deWain by attacking the biggest and most powerful looking enemy.
Morale The ghost attacks until the enemy dies or it is destroyed; it does not think in terms of survivability.
STATISTICS
Str —, Dex 16, Con —, Int 14, Wis 14, Cha 21
Base Atk +3; CMB +6; CMD 21
Feats Blind-Fight, Combat Reflexes, Improved Initiative
Skills Diplomacy +10, Fly +7, Intimidate +13, Knowledge (planes) +7, Perception +10, Sense Motive +10, Stealth +11
Languages Common, Infernal
Special Abilities
Create Spawn (Su) A humanoid slain by a wraith becomes a wraith in 1d4 rounds. These spawn are less powerful than typical wraiths, and suffer a –2 penalty on all d20 rolls and checks, receive –2 hp per HD, and only drain 1d2 points of Constitution on a touch. Spawn are under the command of the wraith that created them until its death, at which point they lose their spawn penalties and become free-willed wraiths. They do not possess any of the abilities they had in life.
Constitution Drain (Su) Creatures hit by a wraith’s touch attack must succeed on a DC 17 Fortitude save or take 1d6 points of Constitution drain. On each successful attack, the wraith gains 5 temporary hit points. The save DC is Charisma-based.
Lifesense (Su) A wraith notices and locates living creatures within 60 feet, just as if it possessed the blindsight ability.
Sunlight Powerlessness (Ex) A wraith caught in sunlight cannot attack and is staggered.
Unnatural Aura (Su) Animals, whether wild or domesticated, can sense the unnatural presence of the wraith at a distance of 30 feet. They do not willingly approach nearer than that and panic if forced to do so unless a master succeeds at a DC 25 Handle Animal, Ride, or wild empathy check. A panicked animal remains so as long as it is within 30 feet of the wraith.
BACKGROUND
The orderly is a shadowy remnant of a test subject who died while consumed by madness years ago. The wraith itself does not remember anything of its past, and Dunkelgeist does not deem it worth his time to entertain a simple orderly.

SCALING THE ENCOUNTER
To modify this encounter, apply the following changes:
CR 9 (6,400) Remove Count Nirl deWain from the encounter.
CR 11 (12,800) Apply the advanced simple template to Count Nirl deWain (+2 on all rolls [including damage rolls] and special ability DCs; +4 to AC and CMD; +2 hp/HD), and add another orderly to the encounter.