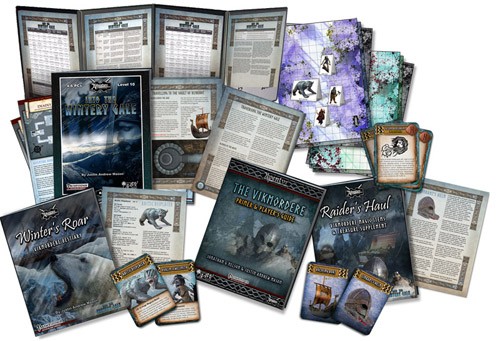 Into the Wintery Gale: A Vikmordere Saga. The Viking-themed Fantasy Adventure Path for the Pathfinder Roleplaying Game. Taking 4-6 PCs from Level 8 to Level 15. 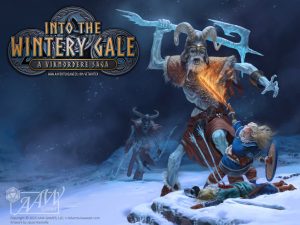 A project funded by our wildly successful Kickstarter campaign, Into the Wintery Gale is a collection of products that comprise an adventure path inspired by Norse mythology and themed around the Viking-like Vikmordere culture of Aventyr.

Wrath of the Jötunn – Introduction to the Adventure Path