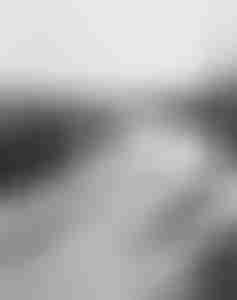 Despite blizzards, demons, unruly orcs and goblins, murderers and thieves, sinkholes, scavengers, accidents, route changes, and a turnover in company management, the Pradjna Northern Express Railroad has finally reached its first milestone. One hundred fresh miles of track lead out of Brahman, headed towards the mineral-rich Samsara, all in the space of one year.

Borys explains that even though they are currently behind their two competitors, S&B (Samsara and Brahman), and UT (Union Tundra), PNE is feeling good about their position.”Even though we are many miles behind our competition, the landscape in front of us becomes easier for quite some time, while our competitors’ routes are going to take them through some nasty terrain. They are going to run into issues that they just aren’t prepared for. Plus, they are going to have to build some bridges now.”

Many are surprised at the progress made by PNE and expected them to fail. After all, it’s a race to build 300 miles of track, not to a finish line. The first company to successfully build 300 miles of track out of Brahman towards Samsara will be awarded the final contract—not only to finish building the railway, but also to run what should be a lucrative trade between the two cities, as the rich minerals found in the Samsara region make their way to market. Once the initial routes were assigned by lottery, PNE had drawn the short stick. Their route took them through the uneven, frozen rocky terrain directly west of Brahman. Filled with sinkholes and revolting goblin tribes, this was widely considered the most difficult route both for  practical building and in terms of security. However, PNE seems to relish their underdog role and has met the challenge head-on, now only 15 miles behind as their competitors slow their pace while beginning to venture into more difficult terrain. At the same time, PNE is hitting its stride right as it reaches what looks to be an easy next 60 miles of level terrain, with few natural obstacles.

“We turned some of our misfortune into opportunity“, explain Borys. “Both S&B and UT rely on humans for their main workforce, while we use a workforce that includes several hundred goblins, orcs and even hobgoblins. With their brute strength, single-mindedness, and stamina, we can push these workers harder, for longer periods of time at lower cost. This gives us the ability to hire out exceptionally qualified humans and gnomes to serve as overseers and engineers, using the skill and knowledge that our races have.”

Still, for all the success PNE is enjoying, there appears to be a dark side to this story. Goblinoid deaths are high, and PNE has been accused of using heavy-handed tactics when dealing with worker problems. Steamtown, the company-run mobile town that the workers live in, is racially divided; swift and terrible punishment is the norm for the “lesser” races. The company allegedly uses traditional rivalries among the goblinoids as well to defocus their attention to workplace conditions. But—with Steamtown now 100 miles away from civilization—such accusations are hard to prove, and even harder to correct, as life on the tundra rails has its own system of justice.

PNE maintains that their working conditions are as safe as can be, given the circumstances, and that all workers are treated well and trained in safety procedures—but is it true?