the Fellowship of Lightning 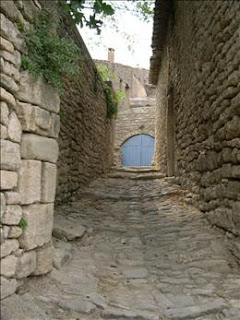 The day prior was a long day and there was no reason to believe this day would be different. "There's a big job today, a chance to make our names known to the powerful of Waterdeep." As Morin prayed Queless took a short walk by the waterfront collecting his thoughts. There was a mystery on his hands, in a short period of time undead had 'sprouted' in three different locations. First Vendall's, then Aurora's, now the city council. What was the common thread? These necromantic items retrieved from the sites were his only clues so far. Perhaps going back to search again will reveal more in the light of day with fresh eyes, Queless thought.

Queless' inn- 'the Silver Lion' was not too far from Vendall's. On his way back to meet Morin he stopped by Vendall's Varied Goods to search the outside of the building for any clue that might catch his eye. A series of scratches or a piece of graffiti, something that might mark this place as a target. Queless walked up and down the alleyway looking for some kind of clue. A noise came from a pile of refuse nearby. Queless drew his sword, ready to put a rat out of its misery. A halfling wearing tattered clothing with a peg leg and a patch over his eye emerged from a pile of refuse behind some crates. When Queless saw the halfling he pointed his sword tip down in a sign of non-aggression. The halfling moved his eye patch to the other eye and squinted as he spoke "Ahem, I be Grebble Poisonsabre. What can me do for ya? Ye are in me alley ya know."

"Master Grebble, thou shouldest know better than to try to sneak up on a Drow. 'Twas unknown to me that ye owned this alley. Mayhaps ye could answer a few questions, 'twould be worth thine time." Queless shook his coin purse.

"Aye, aye. I be most apologyzin' for me blunder Misteer Drow. What can me be answerin' for ye?"

"Master Grebble, was this thine alley when the walking dead roamed here not more than 3 days prior?"
"That it was Misteer Drow."
"Prior to that time did ye notice any persons accessing the grate here? Or, any activities ye would consider unusual?" Queless pointed to the grate at the end of the alleyway.
"Yeh, there were some horrible rotting walking corpses here for about a week. Me had to move over to share Jergel's alley until they be leavin'! They were going in and out that there grate."

"Can ye describe what ye witnessed?"

"Well Misteer, that depends on what ya offer up!"

"Thine answers to my queries are valuable, taketh yon coin." Queless offered up a shiny platinum piece, the most expensive form of currency in all of Faerun.

Wide-eyed Grebble snatched up the coin so fast if anyone were watching they would not have seen the exchange take place.

"I heard screams one night from down the way, before I moved to Jergel's alley. I ran down here and saw a woman bleedin' on the ground. There was a dark form standing over her. The moonlight hit his face and this feller had the most evil look I could not even begin to tell ya what it looked like. I felt me legs go limp and as I stood there hidin' behind the garbage he lifted her body and bit into her neck. I watched for awhile and afta what seemed like eternity he vanished without a trace along with the girl. A couple days later those walking rotting dead showed up and I blew the joint to go to Jergel's place."

"Me can't remember much more for some reason. Mayhaps some more of that coinage could help rattle me cage a bit..."

"Master Grebble, thou drivest a hard bargan. But should your information ring true than 'tis worth the price. If not.... then woe be unto thee Master Grebble." Queless handed Grebble 3 more platinum pieces reluctantly.

"Aye, well the creature me saw I've heard tis called a "Vampire" and only saunter out at night to feed upon our blood! This "vampire" I saw was a tall half-elf sportin' a brown cloak with the hood down, he had a thick scar from a blade across his forehead. He had white, shriveled hands with long gangly nails which he gripped the poor woman with. His hair was blonde or silver, I couldn't tell from the moonlight in the alley messin' with me view. I did see his eyes..."

Grebble shivered as if cold or in fear.

"One was brown, one blue, and the both pierced me right to me soul. Afta dat me passed out in this here refuse and awoke thinkin' me had a bad dream or somethin'. That is until the undead drove me out of me own alley! I sure hope dat thing never comes back here again. Is that good enough "infermetion" fer ya Misteer Drow?" Grebble steps back and folds his arms, gleaming with pride.


"Thank ye Master Grebble, I now take me leave. Thou did not seeth me and we had not this conversation." Queless said.

"I may be of need of thine help again. Do not be surprised if I seek thee out."

With that Queless returned to the Silver Lion Inn to speak with Morin Granitefist, his dwarven friend. "Art ye ready Morin? We go to face undead again. Dost ye remember our plan? Me thinks that there is a pattern here, but it dost elude me so. What thinketh you fine Dwarf, does ye god Moradin have any wisdom to shed upon this mystery? It shall not be long 'til the knave knoweth of our deeds. 'Twould be best to have a jump on him than him on us."

"Aye Queless" Morin responded as he stroked his long red beard "There is something that eludes us here. The fact that you and I are getting loads of work is promising for us, but I sense through Moradin Soulforger that a dark omen awaits at the end of this money-filled tunnel. If these devices have been around the city for years and years why did no one find them previously? If they were recently placed by someone or something, then why hath not a single soul come forward to warn the city watch of this suspicious activity?"

"That is exactly what I was thinking!" Queless said. "Why are the local authorities not involved? I cannot believe that such an enchantment would have gone unnoticed for years untold. But, if it had, what occured to reactivate this curse? " Queless pondered this thought while running his ebony fingers through his white hair.

"Also, the fact that we have found one in the Dock Ward, one in the Trades Ward, and one yet to be removed in the Castle Ward leads me to believe that there might be more and they also maybe located in the other wards. Doth ye think we could get a jump on this elusive evil by searching them out before they are activated or cause trouble to the residents of Waterdeep?"

Queless donned his chainmail and helm and made sure all the buckles were clasped. He then double checked his equipment while conversing with Morin.

"Yea, that is a good lead. If only there were a way to detect undead. Mayhaps charting the occurances on a map of Waterdeep will help. I spoke to a halfling in the alley by Vendall's shop. He spoke of a man who did bite the neck of his victim, and soon afterwards the undead arrived. I have seen a creature like this before in the Dock Ward, he was chased away by some well armed people..... could it have been the same person??"

"That my friend, is awful news indeed. If our foe is a vampire than we face a far greater evil than I could have imagined. I must prepare for a possible encounter with this being. Although, if I prepare now we will be late for our meeting at Piergeron's Palace. Perhaps I can pray as soon as we arrive at our destination, just in case."

Morin began to prepare his things to leave and slung his pack over his shoulder. He grabbed his magical broadsword and tucked it safely in its sheath at his side. Hefting up his magical warhammer he looked sternly at Queless. "Ready?" Queless nodded and the two began to walk downstairs.

"Let us keep our senses keen this morn lest we walk into a trap or miss a vital clue." Queless was trying to talk himself up a little getting pumped. "Ye know what need ta do? Advertise. I mean, after we get all licenses and other nonsense." The two threw open the doors of the inn and walked out into the city streets. It was still dark and early in the morn. Not many were out this early, but the few early risers were either working or eying the two as they went on their way. Queless walked the streets feeling eyes suspiciously watching him for his heritage little knowing his life on a human farm in the Dalelands. Passing a group of guards Queless tried to feign a regal bow allowing them to pass. As they passed Queless faked a Waterdhavian accent "A Good day to you Sirs, please direct me to the Piergeron's Palace entrance."

It became obvious that Queless came off wrong when one of the guards spit on the ground before giving him very wrong directions. A slight wave of embarrassment affected Queless as he realized that his joke back-fired. Luckily, the directions Council Member Grendmeer Mendothian gave them were accurate enough for them to arrive at the palace before dawn.