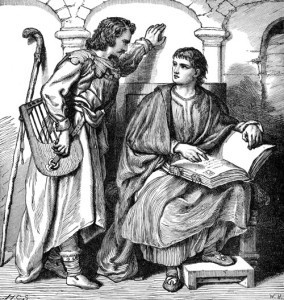 The clues are sitting in your player's laps and they still haven't managed to latch on to the plot threads you've left for them to follow. Maybe they just want to indulge in scurrilous activities, try to subvert the local government or leave any dire threats to other potential adventuring parties. How the PCs have become disconnected from the story isn't really the issue - how to reinvest them is our real problem.

Sometimes people inadvertently bring their problems to the table or get caught up in completing a grand deed to match the accomplishments of other party members. The trick of a great GM (or DM) is to take these detriments and turn them into a genuine boon. Rivalries are simple enough (indeed, the Paizo GMs recommend the re-introduction of NPCs from earlier in the game and that's an easy one to do) but what about an obsession to start a thieves' guild or schemes to earn fame (and a quick buck)? The number of possible motivations for players to lose interest in moving the plot of the adventure along are beyond our space to reckon here. 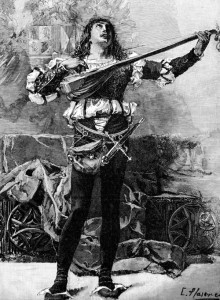 The simplest to use is the enigmatic guide; give the party an Aragorn to string them along in the right direction or a seer of some sort to send them on their way. This can have unfortunate consequences (you don't want to overshadow the PCs or make them feel powerless over fate) but the means that move them along need not be an overpowering influence. This helper NPC could be as simple as an animal companion or arcane familiar, as benevolent and wondrous as Tom Bombadil or as mysterious and elusive as Batman; what matters is that they get the job done and step out gracefully.

There's also the red herring - maybe that rival gang leader wasn't the key to gathering more territory and instead leads the party to the sewer dungeon you built weeks ago (to place that piece of the artifact, for the Psychogoblin Monarch...). This offers them a unique place to set up their faction while getting them re-integrated with the main plot. Rather than successfully steal from the bank, they find a note left by another thief that cleaned out the facility - the guard mistakes the party for do-gooders and enlists them to find the culprit (who happens to have familial ties to one of the corrupted priests of the God of Justice, one of the truly influential cult leaders working for that Brass Dragon...). Use whatever story elements you like, just make sure that in the end the players have to reach your goal for them in order to accomplish their own ends. 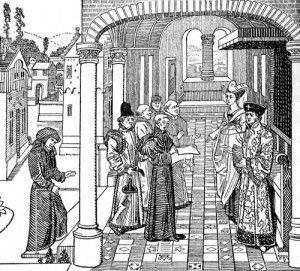 My personal favorite is the daily activities note. When things seem to have come to a tepid point and the party isn't taking the initiative, hand out scraps of paper and ask them to write 5 things their character does over the course of the day. Get them back, evaluate them, link the activities together between PCs and key NPCs (as well as PCs and PCs if possible) and write down a few key phrases on each slip of paper before returning them to the players. While they sit back and enjoy some tea/ale/meditation in their room/at the tavern and recount the events of their day, these words come to mind when they think of the activities you circled on their sheets.

This should get a conversation going and if even one of the NPCs catches the attention of the party (hopefully you can have two members or so to have interacted with said NPC in some capacity) you'll get some curiosity going. If you hand these out to the right party members you can use any inter-party rivalry to your advantage to get the PCs working together to see the next part of the story arc through.

However you do it, most of the time just making a concerted effort to help your group will be enough to get them over the inconclusions inhibiting the game!