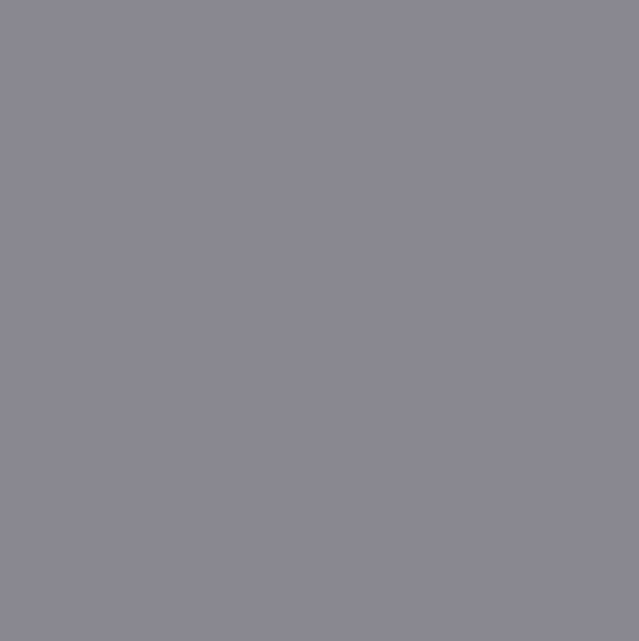 Blunder at Demon Pass occurs the morning that blasting resumes on the mountain west of Steamtown. With the pass nearing completion, an early morning explosives crew is sent to finish off the last of the demolition. However, when the workers blast open the last section of the pass, it unintentionally disturbs an incredibly large vein of alligotonium ore [more on this unusual material in the next Magic Item Monday article! -JAM] sending the strange metal airborne. As a natural effect of being agitated, the alligotonium becomes temporarily lighter than air, forming a cloud of debris high above the blast site. A strong prevailing easterly wind drives the alligotonium cloud towards Steamtown with alarming momentum. 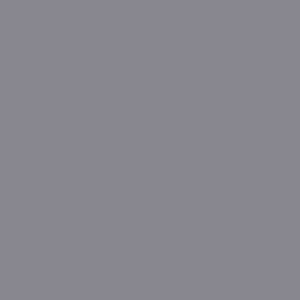 Unfortunately, the massive deposit of ore was also binding a powerful Ireful Hellion and his army of undead Hellion Revenants [more on both monsters in tomorrow’s Statblock Sunday article! -JAM]. Once released from its alligotonium prison, the irefull hellion kills all the blast site workers. After spending several hours reveling in the dismemberment of their corpses, the demon makes its way up the tracks towards Steamtown where its army of revenants have already begun to wreak havoc by cursing various mundane items around town.

I. A Morning to Remember
After having just read the headline, “A Scourge Descends on Pradjna as Blasts Open Up a Pit From Hell” that dons the front page of the newly delivered issue of the Steamtown Herald, the PCs hear several alarms being raised from outside their assigned quarters. At first a single bell is run, then others frantically join in—followed by distant exacerbated shouts and screams.

When the PCs step outside to find out what all the commotion is they are greeted by the sight of a shadowy cloud in the sky that is quickly approaching Steamtown from the direction of the tracks’ end.

Upon closer examination (DC 15 Perceptioncheck) it becomes obvious that the cloud is composed of thousands of individual pieces—jagged shapes both small and large. The cloud is actually a massive lot of agitated alligotonium adrift on the wind and just about to overtake the town [see this Trap Tuesday’s article, “Rain of Ore” for specific details on the effects of the alligotonium cloud]. The spinning and shifting bits of the metal within the cloud occasionally glint as they catch and reflect the morning sunlight.

The PCs can learn more about what is going on with the alligotonium cloud with a Knowledge (arcana, geography, history, local, nature, planes, or religion) check.
DC 10      When agitated, the alligotonium reduces in mass. If the disturbance is violent enough it can even become lighter than air.
DC 15      Because of this lightening effect, alligotonium is never mined using blasts, but instead meticulously dug by hand from its natural veins.
DC 20     When an undiscovered vein of alligotonium happens to occur at a blast site, the ore is agitated enough to become airborne where it lofts about until the lightening effect wears off and the chunks revert to their natural mass, falling back to the ground.
DC 25      An alligotonium cloud of this size would have to come from blasting a vein of unheard of proportions. The ongoing blasting at the mountain west of Steamtown must have inadvertently exploded a sizeable source of the metal, thus creating the cloud now drifting over the town.

Many of the denizens of Steamtown have witnessed alligotonium clouds before (and are aware of the inherent dangers), but this particular cloud is more than ten times the size of any that have been observed. With little more than swaths of fabric to provide cover, the workers flee the tent city and chaotically scurry through the dirt streets trying to find shelter in the town’s more substantial structures. However, there is little time—many don’t find ample shelter before the cloud overhead begins its deadly rain of sharp, heavy chunks of ore.

The alligotonium cloud completely covers the town in 1d4 rounds and the rain of ore trap triggers the preceding round. If the PCs accepted the caboose lodging, this provides them with protection from the rain of ore, though from within they hear massive chunks plummeting down upon the boxcar. If they are elsewhere within Steamtown, then it takes them 1d6 rounds to find shelter. Many who are unable to find substantial shelter are devastated by the falling metal—casualties are high, and afterwards the tent city is completely in ruin.

II. An Unlucky Afternoon
In the aftermath, Borys seeks out the PCs, who he now considers dependable assets, and requests their assistance. With the damage done to Steamtown, those killed by the falling alligotonium, and mass looting by survivors who are gathering the valuable metal lying about in the streets (now property of PNE), the head enforcer has his work cut out for him. However, he is aware that the cloud was almost certainly caused by the blasting at the mountain west of the settlement. Where there are alligotonium deposits, there are demons—and with this much of the metal, there are likely dozens of demons that were awakened. 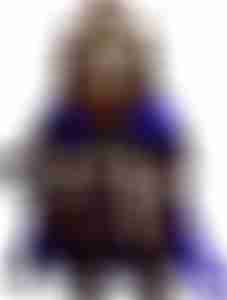 Borys believes that the small group of workers and foremen who were sent out to blast at the site are likely outnumbered and outmatched. The Timerian offers the PCs 5,000 gp worth of alligotonium—of which he now has an ample supply of—to command a contingent of ten enforcers (Human warriors 3) to the blast site to assess the damage, determine the threat, and (if need be) dispatch any demons that may have been released during the clearing of the pass.

If the PC’s accept Borys’ job offer, he gestures toward the repair yard north of the tracks and informs the PCs that there they can find a spare engine in the warehouse that was being worked on, but should now be in functional condition. Afterward he wanders off while ordering several of the goblin workers to begin clearing the tracks of chunks of alligotonium.

The workers at the repair yard warehouse ready the transport for the adventurers, getting the engine and tinder set upon the tracks. The process should only take half an hour, but a series of unlikely failures delays the process. When the PCs inquire about what is taking so long one of the repair workers apologetically informs them, “sorry for the delay! It’s as if all our tools have decided to work against us!”

In fact, many of their tools have become cursed by hellion revenants [tomorrow, we swear! -MM]. Despite cursed tools that frequently cease to work properly—three hours later and after a stern visit from Borys—the workers successfully prepare the transport.

When the PCs investigate the matter of the uncooperative tools, they may determine that they have been cursed. If the curse is removed or if the tool is destroyed, the hellion revenant possessing it materializes in its humanoid shape and attempts to flee (by finding another inanimate object to possess). A total of 6-72 hellion revenants have arrived at the town after being released from the ireful hellion’s lair and immediately possessed various mundane items.

With a gnomish engineer (Gnome expert 3) at the helm, the PCs and their contingent of enforcers board the train and finally make their way westward towards the mountain blast site. With a fully functional engine the travel time would be about three hours, however with this hastily repaired engine the trip takes nearly twice as long.

III. The Showdown at Sundown
After four hours and having traveled three-fourths of the way to the tracks end, the sun hangs low in the western sky, casting a crimson glow across the tundra-like landscape. Suddenly the brakes are applied to the engine and the train chugs to a halt. When the PC’s get out to investigate, they see their gnomish engineer running at full speed eastward up the tracks. Turning to look in the opposite direction they see a large, looming figure silhouetted by the setting sun as it makes its way towards them, walking up the tracks with a mincing gait. The approaching figure is an ireful hellion, a demon possessing power of the likes PNE workers have never seen before.

2d4 of the human enforcers accompanying the PCs become frightened and immediately turn and run eastward up the tracks following behind the engineer. The remaining enforcers begrudgingly stay to assist the party.

The ireful hellion continues to walk towards the stopped train for another three rounds before it releases a loud, echoing roar and charges towards the PCs (it takes another two rounds for the hellion to arrive at a full run.) The party automatically gains the initiative when the hellion arrives, and it engages in combat with them until it is killed. If the adventurers flee it gives chase and continues to pursue them until it catches them or reaches Steamtown—where it wreaks havoc in an enraged attack at every living creature that crosses its path.

IV. The Heroes of Steamtown
Assuming the PCs dispatch the ireful hellion during the initial engagement, they are without an engineer and about a four hour walk from the blast site.

The steam engine can be (poorly) operated by a character that succeeds a DC 25 Knowledge (engineering) check, but they are only able to make the vehicle operate at one-fourth of its normal speed. If the PC attempts to push the train to go any faster, the boiler becomes stressed and begin to whistle loudly. The whistling continues for 1d4 rounds before the boiler explodes, destroying the steam engine and dealing 6d6 points of concussion and shrapnel damage to any creature within a 50-ft. radius of the train.

If the PCs continue on to complete their investigation they uncover a scene of bloody carnage. All of the workers at the blast site—and their foremen—have been slaughtered and the area is scattered with severed limbs and body parts. A large crater (obviously left behind by the final blast that released the alligotonium cloud) and the dead demon behindt the adventurers are all that remains of the largest obstacle to the tracks intended path.

Though they gave their lives, the blast site workers managed to complete their job; when the news makes its way back to Steamtown, the company haisl both the PCs and the dead blast site workers as heroes of Steamtown. Despite the day’s death and devastation, PNE stages a moderately large celebration in the commons to honor its heroes, congratulating a completed job, and mourning the sacrifice of the dead—the site of the blasting is declared Demons Pass.