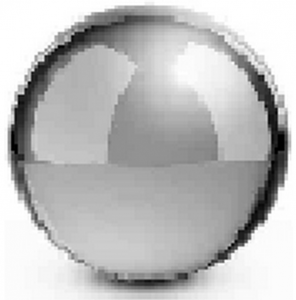 Defying orbs fit into the palm of a typical human hand, and bear a single button on an otherwise flawless chrome surface. Once activated, a defying orb operates as immovable rod and remains at the point in space in which it was activated. An active defying orb’s antimagic field persists as long as the orb is armed.

Disarming a defying orb requires a very specific combination of button presses (between 8-12 taps in a rhythmic pattern defined by the trapmaker). If the combination is failed three times in a row (or upon on any failed Disable Device check) a tiny bell within the defying orb chimes three times, after which a sphere of annihilation appears fixed on the trap’s location, destroying the defying orb and ending its antimagic field.

These traps (common to the 2-Bit Dimension) are often armed while hidden in difficult to reach locations (sometimes even hovering high overhead) to make getting close enough to disable them as difficult as possible.