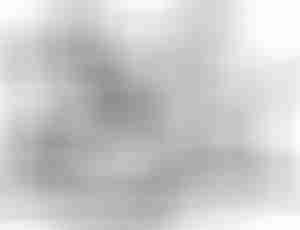 Dark Scions
Touched (or consumed) by the ancient entities that dwell between the stars or in strange congruent dimensions, dark scions are similar to half-fiends or half-dragons. The template can also be used to represent “unique” boss monsters or servants of Great Old Ones, and the creature’s appearance can have very little to do with that of the base creature. Children of and servants to madness, these beings sometimes gather cults around themselves to pursue their agendas. Others, unhinged and alone, seek powerful magic to open a gateway back “home”.

This horrific creature is the size of a horse, with the staring eyes and hooked beak of a squid, and fan-like wings that seem more insectile than reptilian. Its black fur bears the reflective gloss of strange oils. Various vents along its chest whistle and shriek as it exerts itself.

A dark scion hiracosphynx is an agent of unknown powers. It is driven to seek out vaults and ruins containing forbidden or dangerous knowledge and disseminate it where it can cause the greatest amount of harm. In particular, it is known for lurking at sites of great significance in the manner of more intelligent sphinxes

Creating a Dark Scion
“Dark scion” is an inherited or acquired template that can be added to any living, corporeal creature with an Intelligence score of 4 or more. A dark scion uses all the base creature’s statistics and special abilities except as noted here.

CR: HD 4 or less, as base creature +1; HD 5 to 10, as base creature +2; HD 11 or more, as base creature +3.
Alignment: Any evil
Type: The creature’s type changes to outsider (native). Do not recalculate HD, BAB, or saves.
Armor Class: Natural armor improves by +2
Defenses/Qualities: Gains darkvision 60 ft, blindsight 20 ft; immunity to poison and fear; acid, sonic, and cold resistance 10; DR 5 magic (if 11 HD or less) or 10/magic (if HD 12 or more); and SR equal to creature’s CR +11 (maximum 35).
Speed: A dark scion gains a climb and swim speed equal to its base land speed.
Melee: The dark scion without any natural attacks gains two tentacle attacks based on its size (1d6 for a medium creature). The dark scion counts as a “tall” creature for the purposes of the reach of these tentacles. A dark scion’s melee attacks function as magical weapons. A dark scion with a natural attack gains Improved Natural Attack as a bonus feat.

Blessing of the Dark Tapestry (Su): A dark scion with 10 HD or more gains a unique ability granted by its dark masters. Chose one of the following, or invent your own.
Aneurysm: The target takes 1d4 damage (plus 1d4 for every 3 HD possessed by the dark scion) from ruptured nervous tissue (no save).
Horrific Death: The dark scion gains the ferocity special ability, and its tentacles deal an additional 1d6 acid damage. When it is first reduced to negative hit points, creatures within its threatened area take 1d8 acid damage for every two hit dice the dark scion possesses (Reflex for half). While at negative hit points, the dark scion gains an insight bonus equal to its Charisma modifier on attack rolls and damage rolls. When it finally dies, the dark scion dissolves into a pool of unidentifiable goo.
Strangle: The target is staggered for 1 round (Fortitude negates).
Tentacular: The dark scion’s tentacle attacks gain the grab special ability, and it gains constrict. A creature that takes constrict damage from a dark scion also takes 1 point of Wisdom damage. The dark scion gains Multiattack and Combat Reflexes as bonus feats.
Thralldom: The target is dominated for one round (Will negates). A creature that successfully saves is immune to this effect for 1 hour. This is a mind-affecting effect.
Whispers from the Void: As a free action, a dark scion may make mental contact with a creature within range of its telepathy. The dark scion may only maintain one mental link at a time. As long as this contact is maintained, the dark scion may spend a swift action to attempt one of the following psychic attacks. The save DC for any of these abilities is equal to 10 + ½ the dark scion’s hit dice + the dark scion’s Charisma modifier.

Special Qualities
Alternate Form (Ex): A dark scion’s appearance only hints at its terrible true form. Once per day as a swift action after it has been reduced to half its total hit points, a dark scion may assume its true form, generally an unspeakable mass of tentacles.
Upon assuming its true form:

When in this form, the dark scion:

Starflight (Ex): If the base creature has a fly speed, the dark scion gains starflight; it can survive in the void of outer space. The creature flies at its normal fly speed; travel between worlds takes centuries (time matters not to such beings).

Telepathy (Ex): A dark scion gains telepathy to a range of 30 feet.

Abilities: A dark scion gains a +4 bonus to Constitution and Charisma, and a +2 bonus to Strength and Wisdom.

Skills: A dark scion with racial HD has skill points per racial HD equal to 6 + Intelligence modifier. Racial class skills are unchanged, and class level skill ranks are unaffected. A dark scion has a +4 racial bonus to Disguise checks to appear to be a barely-normal specimen of the base creature.

Languages: Dark scions speak Aklo as well as any languages spoken by the base creature.