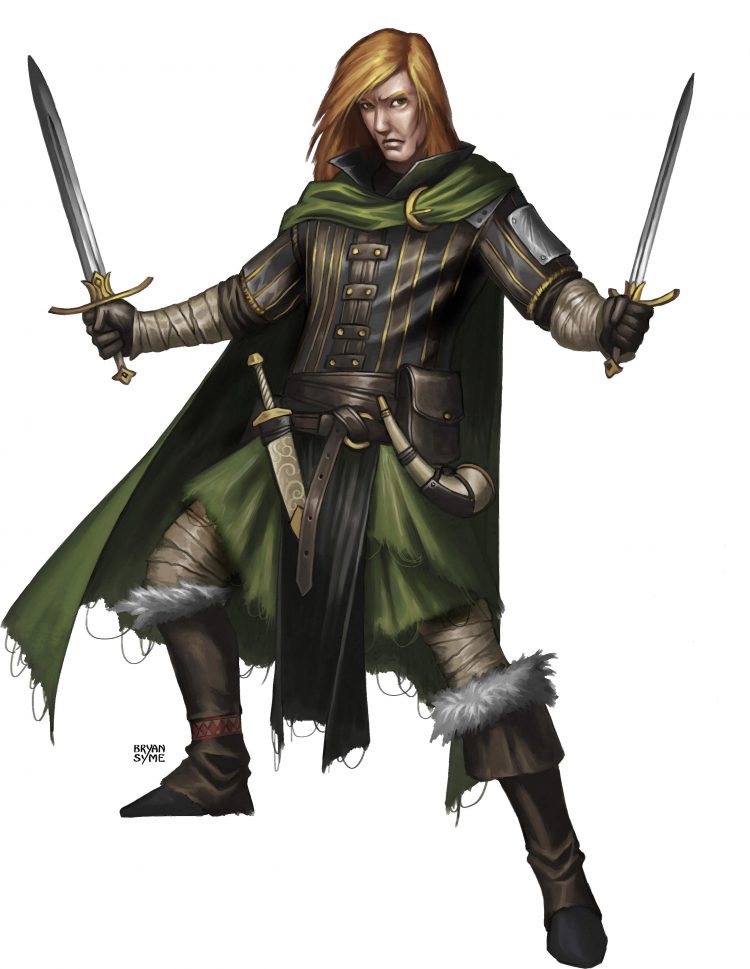 Wvolf lived in this region long before the Klavek Kingdom ousted the Vikmordere from Rybalka. He is a lone ranger who for many years made his home among the cold mountain forests that dot the valley around the large glacial lakes.

When the Klavekians came, Mayor Igor Leonid met with Wvolf and convinced him that the Klavek Kingdom desired only to hold the village and mine thus retaining peaceful relations with their neighbors.

Wvolf has agreed to stay on as a member of the Village Guard and an informant to Mayor Igor Leonid in return for the Klavek Kingdom agreeing to leave specific parts of the wilderness untouched. The location and importance of these areas have not been disclosed to the general public. Official legal documents have been signed and the Klavek Kingdom must uphold this agreement as long as the Klavekian Monarchy holds power in the Vikmordere Valley.

It seems that no matter how many years pass Wvolf does not seem to age. This causes many of the villagers to question Wvolf's lineage. He ignores such gossip, preferring to focus instead on his role in this village. Wvolf keeps to himself and is rarely caught off guard, especially in the wilderness. When he must fight he does so from a distance using his longbow. In close quarters he dual wields two magical shortswords with maniacal fury. Wvolf is a formidable opponent and is rarely bested.