Malakittal, the shadow behind the thrones

The Lich who had no desire to be, Malakittal was a cruel and selfish child, gifted with an abnormal intellect amongst his peers, but a complete lack of 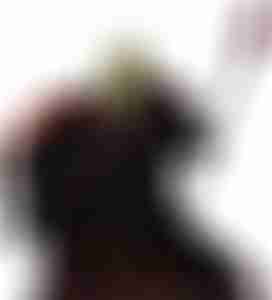 social grace. Sold into apprenticeship to an older wizard, Malakittal’s father was more than happy to watch his son disappear over the horizon. It was that devalued concept that hardened the heart and soul of the boy who would, within the next year, poison and slay his mentor, and flee into the night with a collection of his tomes. Hiding in the underbelly of a city is an even easier thing to do when you have magical tricks at your disposal to trade with the local guild, and Malakittal soon found himself a means to get by while he studied. At least until the first time he lost control of a spell he was attempting to to cast, and it cost the life of a valued guild member. strung up and disemboweled, left to die, all should have ended in lonely violence for Malakittal, but such was not to be the case.

Upon piercing the veil, and casting his gaze upon the first realms of death, as his life left his body, terror tore through the young man’s frame, for there was his arcane master, like a rabid dog, at the end of a chain held by a terrifying Demonic being. With the last breaths of life did Malakittal learn that he had interfered with a demonic pact, and had left his former teacher unable to uphold his end of the deal. Seeing no value yet within Malakittal, the Demon trapped his soul, binding it within a crystal prison, and used his foul magics to force lichdom upon what was left of the young man’s body. Sent back amongst the living, a thing of undeath and fear, Malakittal fled the city, and went even further into hiding. Several hundred years passed between that night in that back city alley, and the night everything would change for ever in the “life” of Malakittal. The night he met Davional.

Davional was merely looking for a place to wait out the passing of a caravan. Transporting several relics from one temple to another, this caravan had enlisted the aid of a full contingent of Templars and a handful of Paladins, seeking to guarantee the safe arrival of their cargo. It was enough of a threat that Davional, a vampire with several generations of age to his name, felt it better to seek a deeper shelter until they had left his lands, rather than risk discovery and be forced to defend himself. It was this need for a deeper tomb that led the two unlikely friends to first meet, the charismatic vampire, and the antisocial lich. Davional, being ever the opportunist, recognized the power within his grasp, and manipulated the lich expertly, taking full advantage of his lack of social grace or experience, to earn the friendship and loyalty of this powerful being hiding from the world.

Malakittal has been the shadow behind Davional ever since. When Davional relocated his people (the Wandering Nation) to NaeraCull, it was on the promise to Malakittal that the temperate environment would be good for him, and provide more opportunities to learn new arcane secrets. Establishing themselves within a land ripe with the cultural acceptance of human sacrifice has turned out to be of great amusement to Malakittal, as there is never a shortage of souls wishing to “aid” him in his research.

Other Gear Staff of Many Rays

Bonded Object: Staff of Many Rays (1/day) (Sp) DC 20 + spell level to cast spells without the bonded object. Once per day, you can cast any spell in your spellbook for free.

Channel Resistance +4 +4 bonus to save vs. Channel Energy.

Darkvision (60 feet) You can see in the dark (black and white vision only).

Destructive Dispel Upon successful dispel, opponent must save or is stunned

Fear Aura (DC 17) Creatures within 60 feet that look must pass Will save.

Golem Constructor: Bone Golem You have learned the art and craft of creating a single type of golem (such as stone golems or iron golems). When creating a golem of this type, you count as having the Craft Wondrous Item, Craft Magic Arms and Armor, and Craft Construct feats. You m

Hand of the Apprentice (8/day) (Su) Throw the melee weapon you are holding 8/day.

Immunity to Cold You are immune to cold damage.

Immunity to Electricity You are immune to electricity damage.

Rejuvenation (Su) Liches can return after a few days.

Selective Spell You can cast a spell that does not affect some targets within its area.