The Thirsty Serpent Tavern is a bit of a rough and tumble joint with a touch of elegance. Fin Starling is the owner who inherited the tavern from his father Lance Starling last winter.

Fin’s father was a stickler for running a tight ship and made sure every single coin was accounted for; Fin, on the other hand, runs the place like a drunk, loose gambler on a winning streak. On some nights Fin has been known to amaze a crowd with acrobatics and knife juggling. Sometimes he treats his guests to a free meal and on the odd occasion orders the entire tavern drinks on the house.

Fin requires that all weaponry be checked at the bar upon arrival. Patrons are welcome to retrieve their weapons when they are ready to depart the tavern. 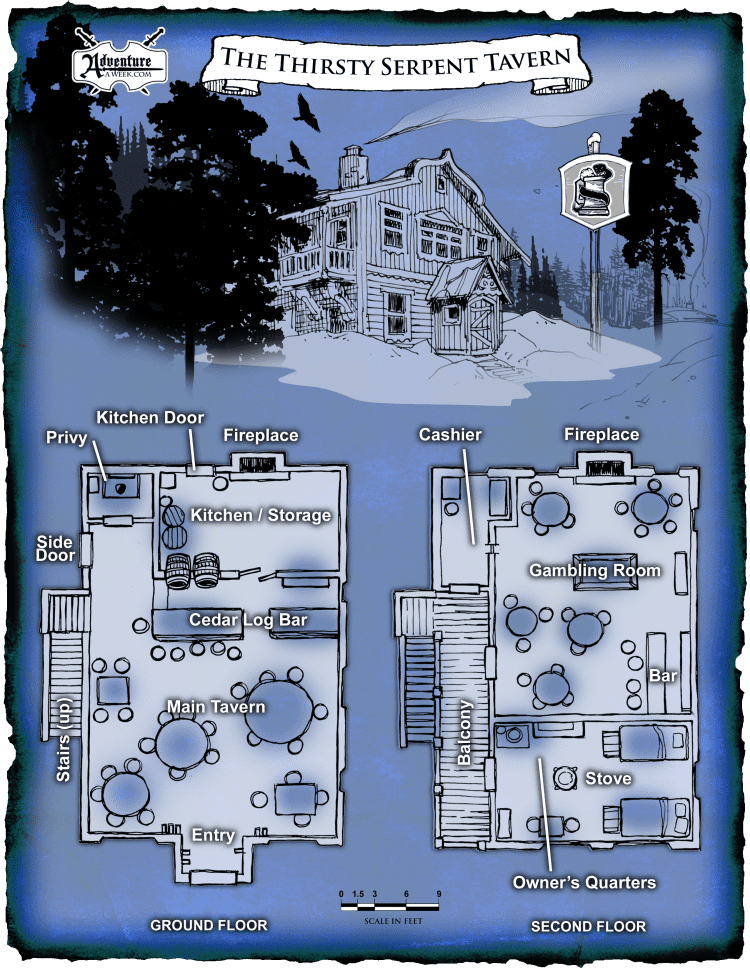 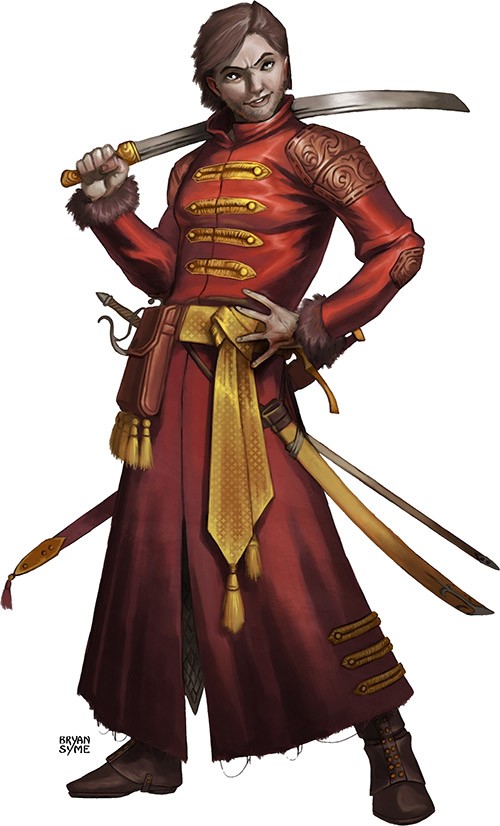 An elaborate gambling room is open daily from sundown until the tavern closes for those who wish to risk their precious gold for a chance at hitting it big. Only those who know a secret password may be allowed entry. Passwords may be obtained through Fin Starling for 5 gold for a single day or 20 gold for the month. Each month the password changes and only those who have money, gems, or valuable items are allowed entry. Fin makes the final call on who is allowed in and out. A huge bouncer named Gqum guards entry to the gambling room which can only be accessed from the outside balcony. Gqum does not speak or negotiate. He has been known to toss those who do not immediately provide a password off the balcony onto the ice-covered stone below.

Fin keeps a running journal on all rumors of treasure and adventure in the area. He does so on the off chance he revisits his former lifestyle of a swashbuckling adventurer. In the meantime, adventurers are welcome to bribe him or take on local errands and jobs for Fin Starling in trade for information and rumors.