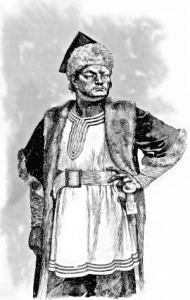 On the surface, it might seem like a solo party-based game would play out just like a regular campaign; it has all of the elements of a regular campaign, after all. But difficulties arise as soon as one starts designing the game. Eons ago, I spent a great deal of time (too much really) with the random dungeon generator in the 1st Edition Dungeon Masters Guide© and the random overland generator in the Wilderness Survival Guide©. Those generators were the method I chose for learning all of the ins and outs of D&D to prepare myself for being a Gamemaster.

Both of those random generators were fairly basic, just random terrain generators with random monster encounters and random loot, with none of those things tied together in any way; they were functional, nothing more. The more time I spent with them, the more I wanted some kind of structure to the whole thing, something more than just endless randomness built on randomness. I even came up with a few simple plans for giving the systems that structure.

So I already had some basic ideas in mind when Avalon Games™ asked me to take on the project of a solo-party questing game (Avalon Quests©). I already knew what some of the difficulties were going to be, and I also already knew what the most troublesome of those obstacles was going to be for most people playing the game: repetitive dice rolling.

Where solo one-on-one combat is fine, and even one-on-three combat goes fairly smoothly when controlled by a single person, a full party continuously facing a full assortment of enemies can quickly devolve into something quite tedious. One player of the game rolls for each party member and for each enemy for every attack and for every action, and keeps doing so for every round for every combat. That's a plethora of dice rolls and a slew of recorded roll results. 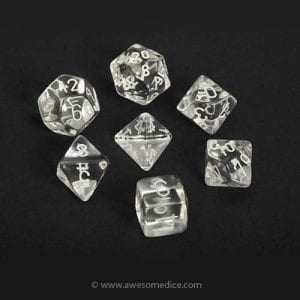 After a while of doing that, it can start to seem like you were put on this earth for the sole purpose of being a dice roller statistician for some vengeful god, which can in turn lead to the player performing the battles by similar rote, just to get them over with in as quick and efficient a manner as possible.That is in no way a good result for the game.

In order to steer Avalon Quests© away from that territory, my design philosophy from the start has been to have both fixed and random encounters, incorporating several different ways that those random encounter can proceed: Negotiations, which can lead an encounter to a peaceful outcome; Stealth, hiding or sneaking away from encounters; and finally, the Morale system, so that every single battle doesn't have to come down to the very last man (as occasionally, the enemy will simply run away).

In that same vein, combat has been designed to allow for multiple possibilities. Random map placement for the enemies and a system for initial enemy formations based upon their intelligence level ensures that even during situations where the party has a second encounter with a set of the same creatures they have met previously, those enemies won't be met and fought in the same exact way. 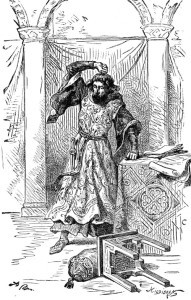 To put that another way, variety was the watchword in the design of Avalon Quests©. In order to ensure that combat never devolved into boring routine, as much variety as possible was inserted into the game's design.

But that mention of Negotiations brings up another point of difficulty, or more specifically, it highlights a thing's absence – the loss of game focus on a single character. In a solo party-based game, there is no moment where the player identifies with their character so much that they say: “I do this.”; that aspect of the game is simply gone. Of course since the player is controlling an entire party (not just an individual) this aspect of gameplay is naturally not there.

With this issue I simply rolled with things as they stood and had the NPCs speak to the entire party as a whole rather than individuals. The player chooses a spokesperson for the party and that character does the actual speaking, but the spokesperson is always speaking for the party, never for themselves. The player can switch out which character is the spokesperson for different encounters, choosing the best person for the anticipated needs of the moment, but cannot switch spokespeople during an encounter. That way the game doesn't get bogged down in the minutia of trying to decide who is talking to what, when, and why, and the dialogues play out smoothly and simply.What disappears along with that is the set system that governs how the characters interact with the friendlier NPCs of the world. Question immediately arise: just which party member does the talking? Which party member does an NPC choose to talk to when it is the NPC who starts the conversation? What happens if the player wants a different character to say something than an the one chosen by the NPC? 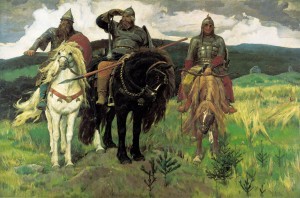 For Avalon Quests©, this issue was tackled on two fronts. First, I made use of a hex grid for the overland map and implemented a hex-based travel and resting system oriented around 4-hour increments. This way the party moves so many hexes during each time increment, and travel becomes a matter of counting hexes. Resting meshes straight into that same increment structure and in that way, the player can move the party from one location to another with a minimum amount of fuss.Minutia is a much broader issue, as the amount of a paperwork involved in a solo party-based game can be phenomenal. Thus, there's the question of how to ease up on all of the paperwork and administration that would normally be foisted on a singular player controlling a party. After all, said player has to keep track of hit points, ammunition, diseases, spells effects, spells per day, and all else and do so for every member of the party AND every single enemy faced. On top of that, there's travel times, the effects of differing terrains on travel, travel abilities, buying and selling equipment, healing, resting, and so on. It's a lot of details to track, for anyone.

Secondly, several aids have been included with the game that keep track of much of the information for the player, such as a quest tracker, goal markers, and a calendar with which to record the dates of status effects and events. These tools move as much of the grunt work as possible onto the paperwork itself, requiring the player to only record a few details in order to update the sheets as needed.

While the above three difficulties are likely to be the ones most recognized by players of Avalon Quests©, those issues are probably not the most serious obstacles for a solo party-based game. That difficulty comes in a more abstract form, in the loss of the other players at the table (including the one not yet mentioned – the Gamemaster.)

With the Gamemaster also gone, the player naturally must pick up some of the Gamemaster's duties. Many players will be ill-prepared to do that (having never GM'd before) and thus never having had to administer the game's rules upon a party. Indeed, a number of players may not have read any of the Pathfinder books, including the Pathfinder Roleplaying Game Core Rulebook. These players can't reliably be dropped into a game where they have to take on part of the work of being a Gamemaster - not without disastrous results.

If this were a solo character game it would be simpler, since the game could easily be styled after a Choose Your Own Adventure book, but for a full party that just isn't realistic. A simple random poisoning would take pages of detail in a party-based CYOA game, and a full campaign could end up being the size of the Oxford English Dictionary©.

The player is going to have to learn how to implement status effects, govern travel, apply enemy abilities and administer weather results for themselves. Many players may have suffered the effects of these events, but have never had to know the details or the process of administering them upon the party.

Because of this particular issue, I included an introduction explaining the use of hex maps, how to travel, and how to administer the various events and encounters the party may meet during an Avalon Quests© adventure. This is essentially a rudimentary introduction in how to be a Gamemaster. I did attempt to keep this section as short and breezy as possible, since it is meant to be a light introduction to the material (and not a full-on lesson in Gamemastering) but it is there, and it will prevent newcomers to this type of game from being thrown into the deep end without a manual. 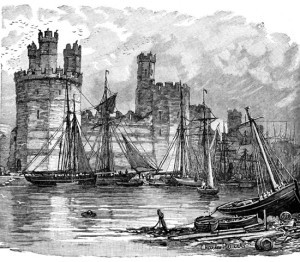 Now, those four difficulties are just the main highlights on the road to crafting a solo party-based adventure. There are a thousand more such obstacles, especially arising out of the removal of the Gamemaster. The above are merely the big four that center around a singular player running a full party of adventurers.

What does all this mean to you? It gives you a number of things to think about if you ever decide to make a solo adventure of your own. More importantly, it offers insight into the thoughts of a designer as they made a particular game, which should give you an idea of what you can expect in Avalon Quests©.