As the PCs make their final step of the journey to the Ancestral Gateway it becomes obvious they are traveling towards a bright beacon of light that is surrounded by a vast shroud of asteroids. This is an artificial star that marks the point in which Uklonjen and the Prime Material Plane were once connected through the Ancestral Gateway. 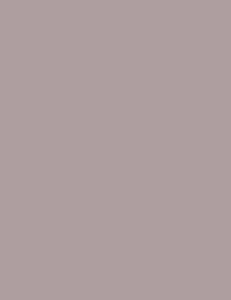 When the great cataclysm occurred generations ago and the ancestors of the Uralicans were forever severed from contact with their brethren in the Prime Material Plane, the Ancestral Gateway violently collapsed in upon itself. The great portal’s implosion compressed all of the arcane energies within into a single, infinitely small point—in that instant, the focus of so much power into such a minute space caused the birth of an artificial star. A shining beacon of light has continuously radiated its arcane light ever since, forever marking the exact spot where the portal once existed in this dimension; it is to this point that the crystal compass is being drawn.

It takes the PCs seven days of travel to navigate through the dangerous asteroid field that envelopes the area and reach the parameter of the gateway star; a DC 30 Profession (sailor) or Profession (soldier) check reduces this to four days. The gateway star’s generates a stronger field of gravity than Uklonjen, causing the shroud of asteroids to slowly shift, roam, and collide as they revolve around it (posing a major hazard to the party.

There is a 75% chance each day that an errant asteroid suddenly shifts towards the PCs’ ship as it travels through the area. A DC 20 Profession (sailor) or Profession (soldier) check avoids the oncoming asteroid; otherwise it collides with the ship, dealing 3d12 bludgeoning damage.

On the third day traversing the asteroid field the PCs spot a glint in the distance—a twinkling metallic gleam reflecting the bright light emanating from the star. A DC 15 Perception check reveals the exact location of the oddity.

Traveling toward the strange reflection, the PCs soon notice the glint repeating in a rhythmic pattern, blinking in and out of existence. When the party is within 100 feet of the peculiarity, they discover a spyglass (eyes of the traveler) floating in open space and covered by a fine layer of silver space dust.

The collapse of the Ancestral Gateway and birth of its remnant star caused a magnificent shockwave that permeated throughout Uklonjen, and many of the ancestor’s interdimensional airships were instantly destroyed, cast into the massive asteroids that drifted in and around the portal site. The majority of these vessels smashed against the largest of a dozen asteroids within the parameter of the star, and the xyrx crystals powering their arcane engines slowly expanded until the wreckage (and even the asteroid itself) became encased within a single massive xyrx crystalis that now orbits the star.

This place is forbidden to the Uralicans; despite being the most logical point for their ancestors to have attempted to open another portal to return home, the light emitted from the star causes a sort of mindlessness, known to them as “blinding of the mind”. This has prevented research at the site for generations.

The blinding of the mind causes the descendants of those exposed to the initial shockwave from the star’s birth to quickly lose their cognitive abilities (-1 Intelligence each round) when within 10 miles of the star. The effect continues until the victim’s Intelligence is reduced to zero, at which point their minds are forever lost and they immediately die. If taken out of the area of effect before completely losing their minds, any Uralican affected by the blinding of the mind can fully recover in 1d4 +1 hours for each Intelligence point lost.

A DC 20 Knowledge (arcana) check reveals that to re-open the Ancestral Gateway, the xyrx crystalis must be knocked out of orbit, sent plummeting towards the gateway star. When the ship nears it, it begins to glow and reverberate with a loud hum as the crystalis tomb haunt triggers. After overcoming the haunt the PCs can continue in their attempt to ram the floating crystal mass.

Altering the trajectory of the crystalis toward the gateway star requires a DC 25 Profession (sailor) or Profession (soldier) check; on a failure the massive object travels towards the star but fails to collide with it, continuing past it and away from the star (additional attempts are made with a cumulative +1 DC). When the enormous crystalis finally crashes into the gateway star, the beacon’s blinding light goes dark. There is a deafening vacuum-like sucking sound and a sudden rush of wind as the portal to Aventyr tears open once more, the ship and surrounding debris (a dozen huge-sized asteroids) sucked into the resulting gravity well.

As the ship and debris are sucked towards the narrow dimensional tear they all violently collide, dealing 10d10 bludgeoning damage to the party’s airship and obliterating the asteroids. A successful DC 30 Profession (sailor) or Profession (soldier) check to pilot the ship during its uncontrolled acceleration into the sucking void reduces this damage by half (a result of 40 or higher reduces the damage by half again).

When the ship emerges into Aventyr, the dimensional tear and portal in which they traveled through closes with a deafening clap and they find themselves addled with the ship roughly landed upon the ground within a very large, very dark cavern. [Continued in January when the AaWBlog explores Aventyr once again! –MM]