Fret not! Our brand new Adventurer's Chronicle magazine will release its first issue in Spring 2016. This magazine will be free and have a plethora of content for both the Pathfinder Roleplaying Game and 5th Edition. In issue #1 we will have a fantastic guest article by Wolfgang Baur (Kobold Press, Tyranny of Dragons) and an in-person candid interview with actress and fellow gamer Jen Page!
Read more about the brand new FREE Adventurer's Chronicle magazine below and make sure you sign up for our newsletter so you can be notified when it has been released (don't worry, we won't spam you). 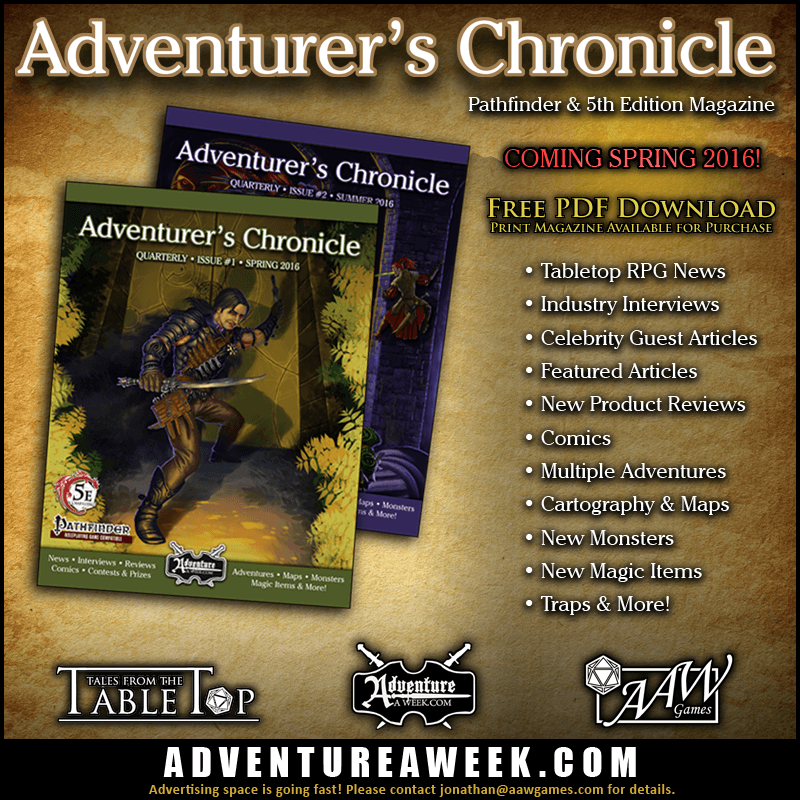