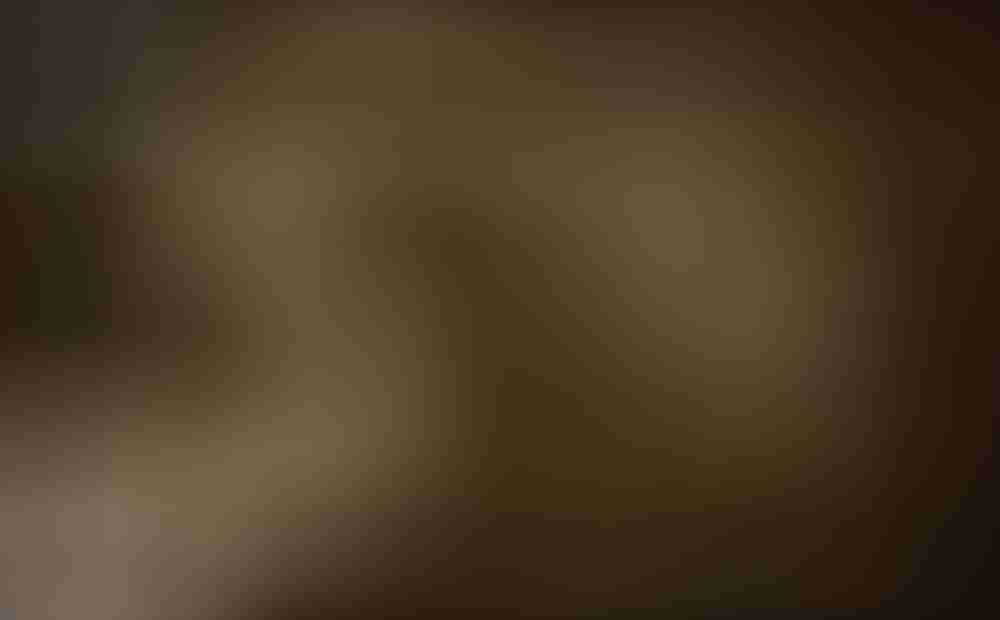 A sidequest for four to five 2nd-4th level PCs.

INTRODUCTION
Long ago Sir Regenold Baraman fought alongside his close friend and comrade, Sir Marak Moldune, in a glorious, legendary battle. Both men should great courage and fought with honor, but though their side won the day, it was only Regenold whom walked away from the battlefield—Marak sacrificed his life to save his comrade, stepping into a mortally dangerous blow. Upon returning to their lord victoriously, Sir Baraman and his fellow knights were aptly rewarded with enough gold and silver to live out the rest of their lives comfortably.
In a show of respect for his fallen ally Regenold delivered Sir Moldune’s cremated remains and monetary reward to the fallen knight’s family. It was the least Sir Baraman could do to assure his friend’s remains made it home, and that the widow Moldune and her young daughter would have the means to sustain themselves in the absence of Marak. The Moldune family lived in a hamlet several days travel from the capital city and mere days after the great battle, Regenold found himself on the road, making his way southward to his old friend’s homestead—except the brave knight never arrived at his destination. 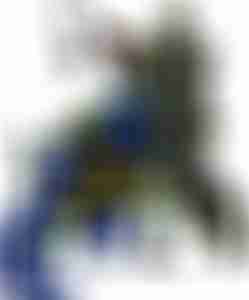 Once news spread of Sir Baraman’s disappearance, several of his fellow knights joined in a vast and fruitless search for their comrade. As weeks passed without trace of Regenold, rumors began to mull, and many (if not most) came to assume that he had intentionally disappeared, claiming both rewards as his own. The widow Maldune assumes, and her children spread the tale as well.

When the king heard of what had happened, he ordered the disgraced knight’s name stricken from the records of heroes, unceremoniously stripped of rank. When the absconded warrior is mentioned it is always accompanied by dishonor, and he has come to be known as “Sir Regenold Baraman the Disgraced.”

SCENARIO
As it turns out, Sir Baraman did not betray his honor. During his journey southward to return Sir Moldune’s remains and share of treasure he was waylaid by a sudden and violent storm; seeking a place to take shelter, Regenold discovered a cave nearly completely obscured by overgrowth at the edge of a forest.
Hail pummeled down from the heavens as vicious winds snapped and tossed about tree limbs, and Regenold rushed into the cavern with little heed. Unfortunately for him, the cave was the opening to an ancient mass grave—an unholy site wherein 8 + 1d4 wights dwell.
Caught unprepared as he sheltered from the storm, the wights made quick work of slaughtering the brave knight, ending both his life and his mission. As a victim of a bloody and violent death, and with such an important task left unfinished, Regenold’s spirit clung to the world of the living. His ghost haunts the accursed cavern, unable to leave its confines to complete the quest and restore his honor.
In the Redemption sidequest, the PCs happen across the same cavern while seeking shelter from yet another violent storm—unaware of both what transpired here ages past and the dangers that still lurk within. Setting the Stage: A Call to Arms
When the PC’s first enter the cavern they notice little other than it provides ample shelter from the raging storm outside. As the adventurers begin to explore their surroundings they hear the deep-voiced, distressed shouts of a man coming from down the winding tunnel within the cavern; it sounds as if someone is being violently bludgeoned to death.
As the PCs investigate, they come across a cobweb-covered greatsword and suit of half-plate armor housing a dusty skeleton. When either is approached or disturbed, Sir Baraman’s Rousing Haunt triggers and the knight’s ghost manifests before them. [See tomorrow’s Statblock Sunday for full details on the ghost of Sir Regenold Baraman —JAM]

Sir Baraman’s Rousing Haunt    CR 4
XP 1,200
LG persistant haunt (within the winding tunnel)
Caster Level 5th
Notice automatic
hp 30; Trigger proximity; Reset 1 hour
Effect When this haunt is triggered, the ghost of Sir Regenold Baraman manifests. In this state he has limited memory and believes that the PCs are his fellow knights, come to aid against the approaching evil. He refers to the party as “my comrades,” and tells them to bear their arms and fear not the darkness. PCs can recall the story of Sir Regenold Baraman the Disgraced with a successful DC 25 Knowledge (history) check or DC 30 Knowledge (nobility) check.
All creatures in the haunt’s area gain darkvision 60 ft. and a morale bonus to attacks and saving throws for the next 24 hours (anyone that does not venture deeper within the cavern takes a -3 penalty to attacks and saving throws instead; DC 21 Will save negates).
Destruction To permanently end the rousing haunt, the wights must be destroyed. 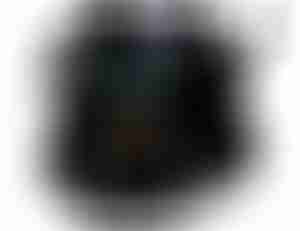 It is only as the ghost steward points his greatsword down the dark and winding corridor that the PCs become aware of the approaching 8 + 1d4 wights. With his presumed allies at his side, Sir Baraman engages in combat alongside the adventurers to help fend off and destroy the vile undead creatures.

When the haunt is destroyed, the knight’s ghost remains, no longer suffering from the delusion that he is living and that the party are his fellow soldiers. When Regenold regains his senses and memories of his long ago death, he realizes that the PCs, though complete strangers, have fought by his side (and should they still be unaware of whom he is, Sir Baraman introduces himself and tells the story of his demise).

There are several rows of shattered sarcophagi in the chamber at the end of the winding tunnel. These vaults once stowed the bodies of the wights, but these have been destroyed and looted by grave robbers even long before Sir Baraman’s fateful discovery of the site.

Regenold leads the PCs to an extremely heavy burlap sack hidden in a narrow crevice in the winding tunnel. Inside are gold coins (5,000 gp), 3d4 gems, and a golden urn (500 gp value) containing the ashes of Sir Marak Moldune. Sir Baraman’s soul cannot rest until his mission has been completed and as his spirit is bound to the accursed cavern, he implores the PCs to assist by delivering the assets to the Moldune family that lives in the hamlet one day’s journey south of the cave, and to let them know that he never betrayed his lifelong friend.

The ghostly knight requests the PCs complete this task then return to the cave to inform him that it has been finished, and to bury his remains so that he may finally find peace. In return they will have his gratitude and he promises to share with them the location of his share of the king’s treasure before his release, so the adventurers might claim it as their own.

Completing the Knight’s Quest
If the PCs attempt to return the urn and treasure to the Moldune family, they locate the knight’s middle-aged grandson, Orik, who in turn leads them back to the family’s run-down homestead where they meet a frail and elderly woman by the name of Hattie. Though she was a young child when Sir Baraman disappeared with her father’s remains (revealing how long ago the knight died), she remembers the story well and explains that her family had always cursed the Baraman name. She is thankful for the return of her father’s remains, and his treasure which—more than enough for her son to repair their farm. When told the truth of what happened to Regenold, Hattie seems relieved and is almost brought to tears. 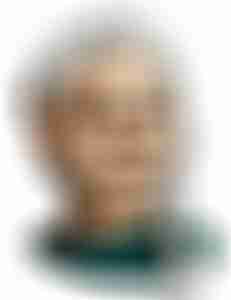 Orik vows to deliver message to the capital city and tell the order of knights there the truth of Sir Baraman’s disappearance so that they might honor him once again, and though she is too aged to make the trip herself, Hattie gives to the PCs a golden ring bearing the crest of the Moldune family (the last memento she had of her father), and requests they deliver it to the ghost steward along with her heartfelt gratitude.

Upon returning to the accursed cavern, the adventurers find the ghost of Regenold eagerly awaiting. After providing him the ring from Hattie and being told that his mission is finally complete, Sir Baraman kneels next to his scattered bones and begins to weep.
Through ethereal tear-filled eyes he profusely thanks the PCs for their aide, promising to carry tale of their deeds with him into the afterlife. He asks as a final favor that his remains are buried outside the cave entrance along with his armor, sword, and the Moldune’s ring.

When they agree to this last request he dictates to the party a map that clearly leads to his buried treasure, two days to the north. The treasure consists of 5,000 gp and 3d4 gems. In addition, he asks that each of the PCs claim one of the finger bones from his body as a keepsake, so that his restored honor may watch over each of them from this day forth.
As his spirit disperses and fades into thin air after the burial of his remains outside, Regenold uses the last of his energies to infuse his spirit into each of the tiny bones claimed by the PCs, turning them into ignominious icons [the next Magic Item Monday details these keepsakes from the dead! –JAM]. Each provides its bearer with a +1 sacred bonus to Sense Motive.

For returning Sir Marak Moldune’s remains and treasure to their rightful place, the PCs should each be awarded an additional 500 XP. For every 1 gp worth of items taken, reduce that PCs reward by 1 XP.
If the PCs attempt to deceive Regenold in any way, he makes a Sense Motive check. Should he suspect that they are lying to him about having returned both the remains and treasure, Sir Baraman assumes they are little more than petty thieves and immediately engages the party in combat with the intent of killing them for their dishonesty. 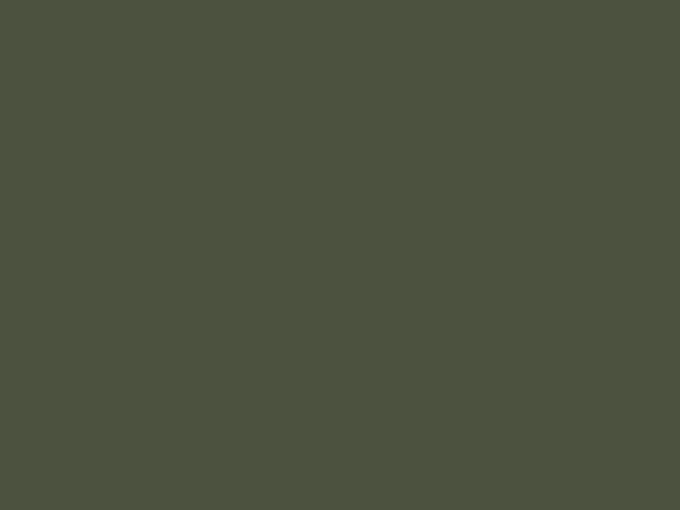