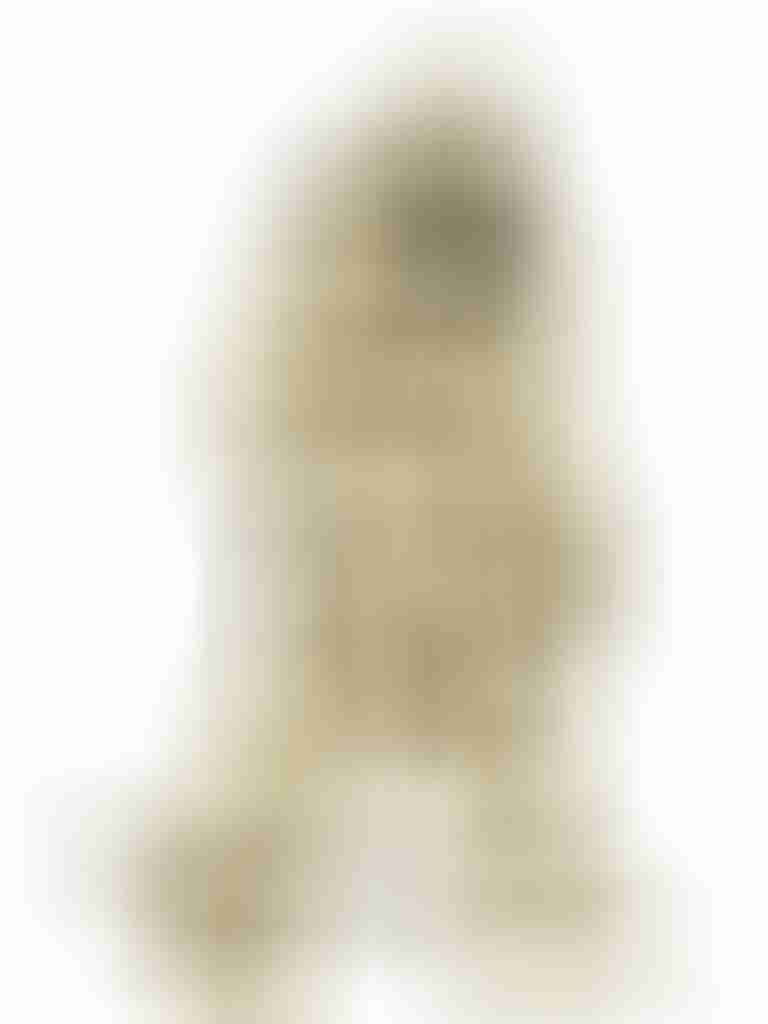 This tall shambling mound of mud and rock is vaguely humanoid but without any fine definition except for its gaping maw and beady eyes.

Immunity to Magic (Ex) A sludge golem is immune to any spell or spell-like ability that allows spell resistance. In addition, certain spells and effects function differently against the creature, as noted below.

A dessicate spell removes the golem’s damage reduction (no save).

A mud to rock affects the golem as a slow spell (no save).

Magical attacks with a water descriptor break any slow effect on the golem and heals 1 point of damage for every 2 points of damage the attack would otherwise deal. If the amount of healing would cause the golem to exceed its full normal hit points, it gains any excess as temporary hit points. A sludge golem gets no saving throw against attacks with the water descriptor.

A sludge golem wears no clothing. It stands over 8 feet tall and weighs 700 pounds.

Spew Mud (Ex) The sludge golem spins at such a rate that the area around it becomes slippery with mud (10 ft burst). Anyone standing in or entering that area has to make a saving throw or be affect as a grease spell.

Engulf (Ex) A sludge golem can engulf creatures in its path as part of a standard action. It cannot make other attacks during a round in which it engulfs. The sludge golem merely has to move over its opponents, affecting as many as it can cover. Targeted creatures can make attacks of opportunity against the sludge golem, but if they do so, they are not entitled to a saving throw against the engulf attack. Those who do not attempt attacks of opportunity can attempt a Reflex save to avoid being engulfed—on a success, they are pushed back or aside (target’s choice) as the sludge golem moves forward. Engulfed opponents gain the pinned condition, are in no danger of suffocating and are trapped within the sludge golem’s body until they are no longer pinned.

A sludge golem’s body must be constructed from a single block of sandstone weighing at least 1,000 pounds. The sandstone must be treated with a mixture of rare gums and saps worth no less than 2,250 gp.