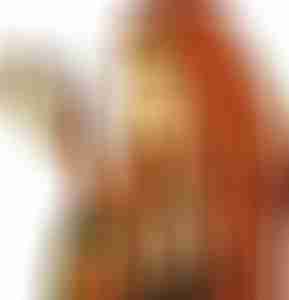 After the party assists Stokva, when they inquire about Issa’s dream she’s reluctant to relate the horrifying story of Ullast’s disappearance and her struggle to get away from the creature that was after her, only revealing what she knows after the PCs successfully console her (a DC 12 Diplomacy check).

“When I crested the hill outside town it was strangely quiet. I remember being surprised by it, because it’s unusual for Ullast to be so silent. Then when I should’ve been looking at my house—nothing, as if it had never been there at all, as if the whole settlement had never been built! I spent hours retracing my steps, thinking myself lost, but all the roads that led to Ullast came to this same patch of barren earth.” Overwhelmed with loss she breaks down, her body racking from uncontrollable sobbing.

A DC 14 Diplomacy check calms Issa enough for her to continue.

“That first night I slept in the wilderness, if you can call it that. A monster chased me through my dreams and I woke up a dozen times. Tired and hungry I wandered onto a road headed for Drak’kal and stuck behind a caravan, foraging what I could, and it took weeks to get here on foot, but even then I wasn’t sure where to find Stokva’s house. In the rainy night I found a warehouse that seemed abandoned and slept my first night without the terrors, but something else awoke me—apparently I was not alone and the Kal Street Gang ran me out, and everything I have left in the world is still there!” This time the enormity of what has happened to her life completely overtakes Issa and she becomes truly irreconcilable.

Though Issa can’t be of any more help, PCs that make a DC 12 Charisma check learn from Lightning Stokva that the girl’s night terrors point to the same warehouse.

Looking you carefully in the eye, Lightning Stokva’s face takes on a sullen demeanor as he escorts you from his home. “Whatever happened has haunted poor Issa this whole time; she’s had the same dream—bah, no, nightmare!—each night since finding my home, replaying her travels and ending with those unsavory thugs.”

After rehearing the account of the tale the party is able to go find the collapsing slaughterhouse that holds Issa’s belongings, her last momentos of a home denied her. A DC 16 Survival or Diplomacy check reveals to the adventures that the building used to be a butcher’s warehouse. PCs that seek more information out about this place with a DC 12 Knowledge (local) check learn that there have not been any sightings of persons entering or leaving the structure for some time—since Issa (the cousin of local hero Lightning Stokva) took shelter there on her first night in Drak’kal, not even the group of thugs have come out of the place. It has been utterly deserted since.

The warehouse’s interior is dark and difficult to maneuver about in, strewn with broken tables and other hazards [read the Story Locale: Collapsing Slaughterhouse article! -MM]. Once past a small entryway the building opens up to a vast storage room and a DC 14 Perception check notices 3 bodies leaning against the far southeast wall. Closer inspection reveals that they match the description of the thugs who attacked Issa. When the party gets close to the corpses a mutated creature [see tomorrow’s Statblock Sunday -TS] drops from the ceiling and attacks the closest hero!

After a grueling battle with the monster, a more thorough examination of the thugs notices that the corpses have chunks of skin and meat dissolved away. A DC 17 Heal check pieces together that this group of ne’er-do-wells were killed not by these physical wounds, but in their sleep as if they were having a mortal nightmare. Searching the bodies reveals a bracelet that matches the description of one of Issa’s belongings. Upon returning it to the refugee, she cries with joy about recovering this piece of her past (though PCs that make a DC 10 Perception check overhear Issa telling Stokva that some of the stones and gems are missing from it.

After collecting the last of the special taxes, Antonio rewards the party and offers them lucrative gold for delivering a very special parcel to an important woman in Enixam; unfortunately no boats are headed upstream due to disturbances in the river.